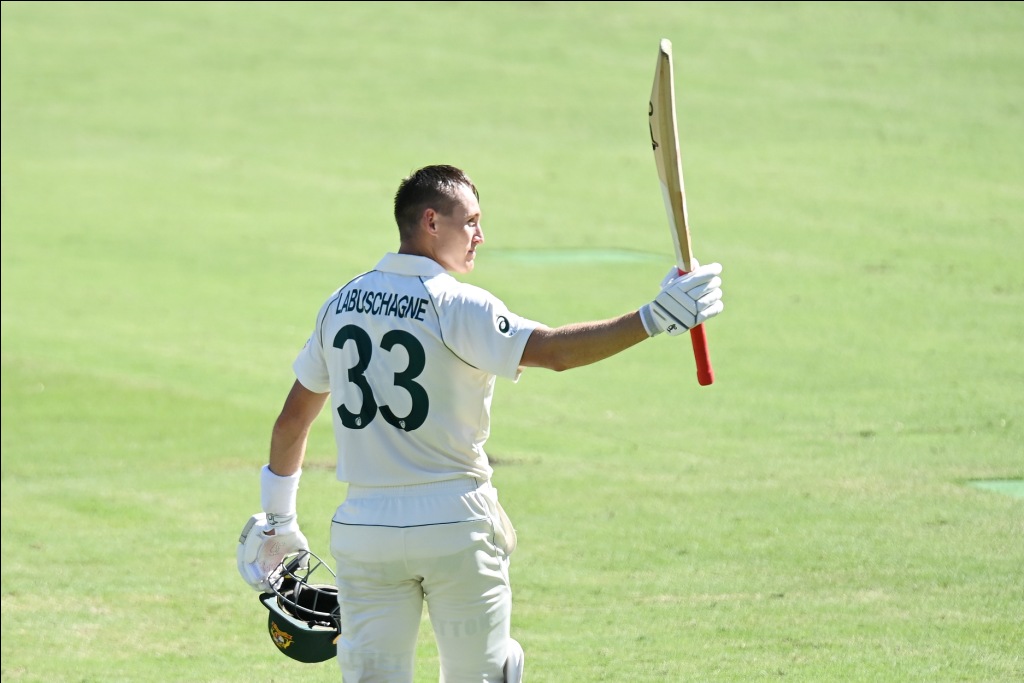 Brisbane: Marnus Labuschagne on Friday once again lived a charmed life as he went on to score a brilliant hundred to help Australia have a slight edge over India on Day One of the fourth and final Test at The Gabba.

At Stumps, Australia reached 274/5 after 87 overs, with skipper Tim Paine and Cameron Green remaining unbeaten at 38 and 28 respectively.

For the hosts, Labuschagne starred with the bat scoring 108, with the help of nine fours, while Matthew Wade and Steve Smith also made notable contributions of 45 and 36 respectively.

Earlier, electing to bat, the hosts didn’t get off to a good start as both David Warner and Marcus Harris went back to the dressing room with just 17 runs on the scoreboard against a very inexperienced Indian bowling line-up.

Warner was the first wicket to fall as he got caught in the slips in the very first over of the innings bowled by Mohammed Siraj. Rohit Sharma took a good, low catch at second slip to send the left-handed batsman back in the Australian dressing room at his individual score of just 1.

Harris, playing his first match of the series as he replaced injured Will Pucovski, then tried to stitch a partnership with Labuschagne but got out on the first ball bowled by Shardul Thakur in the ninth over. At his individual score of 5, Harris was caught as square leg by Washington Sundar.

However, Labuschagne and Smith took control over the innings and stitched a useful partnership as Australia went into the Lunch break without losing any further wickets.

Resuming the second session at 65/2, both Smith and Labuschagne scored freely and collected boundaries whenever the Indian bowlers erred in their line and lengths.

However, just when Australia looked to be in control, debutant off-spinner Washington Sundar claimed the big wicket of Smith at his individual score of 36, getting the prolific batsman caught at short mid-wicket by Sharma.

India could’ve got their fourth wicket soon after that had skipper Ajinkya Rahane not dropped the catch of Labuschagne at gully against Navdeep Saini. What added to the wounds of the Indian team was that Saini suffered injury in his groin after that incident in the 36th over and was taken off the field, only to be send for scans later in the day.

Wade, who came to bat after the fall of Smith’s wicket, started off slowly but once he got set, the left-handed batsman stitched a brilliant partnership with Labuschagne. The pair added 113 runs before Wade became the first Test scalp of T Natarajan in the final session of the day.

Natarajan, playing his first Test, then removed Labuschagne and brought India back into the game.

However, Paine and Green then played cautiously and stitched an unbeaten 61-run partnership to help the hosts end the opening day of the series decider, having the upper hand.