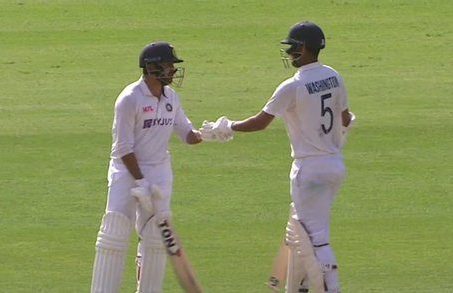 Brisbane: Washington Sundar (62) and Shardul Thakur (67) put together India’s third highest ever 7th wicket stand in Australia on Day 3 of the fourth Test on Sunday.

Their 123 off 217 balls was also the highest 7th wicket stand at the Gabba.

Sundar’s 62 was the highest score by a debutant visiting No. 7 batsman in Australia.

Outstanding application and belief by @Sundarwashi5 and @imShard. This is what test cricket is all about. Washy top composure on debut and tula parat maanla re Thakur! 👏👌

100+ partnership for 7th wicket for India in Australia:

Both matches had a debutant (Phadkar & Sundar). Their partnership was also the third highest for India in Australia.