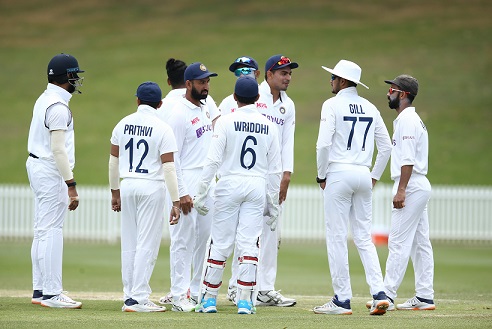 Sydney: The fourth and final Test of the ongoing series between Australia and India will be played at the Gabba in Brisbane from January 15 to 19, Cricket Australia has confirmed.

Over the last two weeks, there had been doubts over the final Test after reports emerging about Team India expressing their reluctance to travel to Brisbane due to harsher bio-security protocols.

However, CA interim CEO Nick Hockley on Monday confirmed that the Indian team has agreed to travel to Brisbane.

“We have been working closely with Queensland Health to ensure our strong biosecurity plans guarantees the fourth Test at The Gabba is played safely,” Hockley said in a statement.

“Throughout the season, we have developed a strong track record for a safe and responsible return to sport thanks to our well-established bio-security protocols, the ongoing support from public health officials and the incredible hard work of so many people across Australian cricket.

“I want to thank the Queensland Government for their cooperation and willingness to working closely with CA and the BCCI so we can deliver the fourth Test as planned, but more importantly delivering on a plan that places the safety and wellbeing of the players, match officials and the wider community as a top priority,” he added.

Cricket Australia also informed that 50 per cent of the total crowd capacity will be allowed at the Gabba during the Test match.

“Acting on the advice of the Queensland Health and the Queensland Government, Cricket Australia and Stadiums Queensland are working together to ensure the safety of patrons attending the Vodafone Brisbane Test on January 15, with a crowd capacity of 50 per cent at The Gabba,” CA statement read.

“Covid-19 pandemic has made this anything but an ordinary Test to prepare for. I want to thank Cricket Australia and the BCCI for working closely with the Chief Health Officer and the Queensland Government to make this a Covid-safe Test,” Hinchliffe said.

“With the extraordinary spirit of cooperation behind the scenes, I’m confident we’re going to witness a great Test at the Gabba this week,” he added.