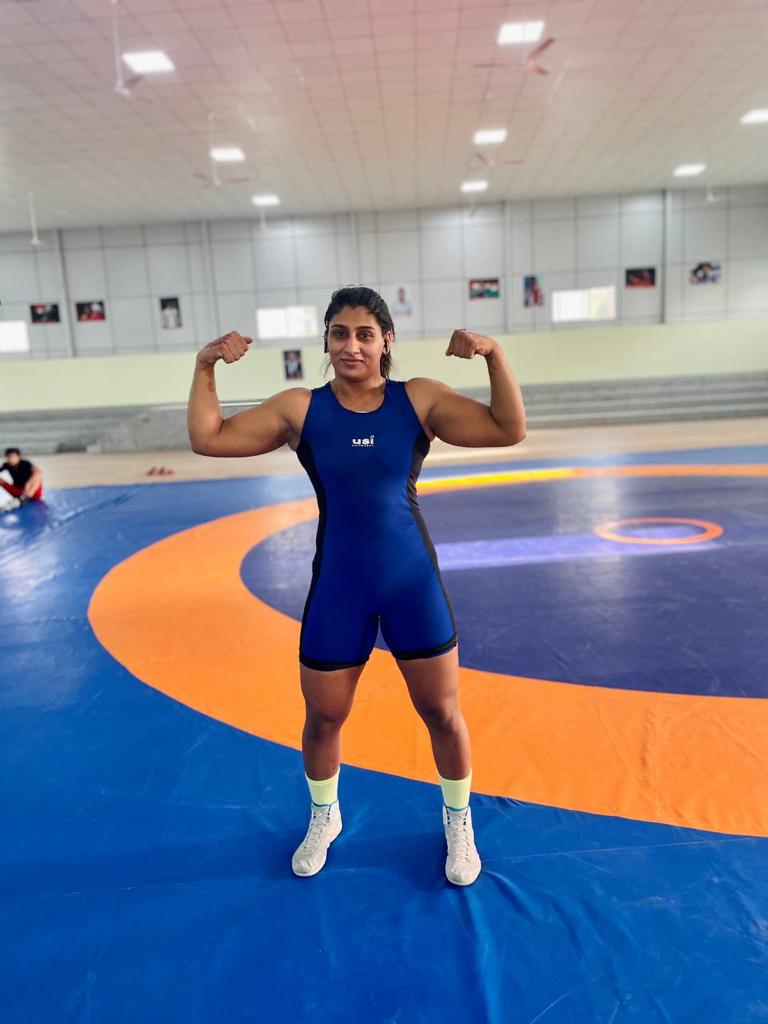 New Delhi: Rounak Gulia is one of India’s premier wrestling champion who had accomplished a lot in just a few years with her hard work, commitment, and zeal to make her dreams come true, including the Bharat Kesari title in 2018.

She came across many obstacles since her childhood, but nothing was strong enough to break her spirit.

Aiming Olympics 2024 in Paris, Rounak says “Currently, focus is to get fit within six months and train hard for Paris Olympics”.

Talking about her journey she said “I was not alone in the journey, I took up wrestling after marriage and my husband Ankit Gulia was always there to support and motivate me throughout the journey”.

Rounak got married to Ankit Gulia in 2017. Credits to her in-laws, who supported her and uplifted her to pursue her ambitions.

She participated in the National Wrestling Tournament (2019) and won a bronze medal. Further, she won a silver medal in 2020 and bronze again in 2021.

Rounak Gulia also participated in India’s Ultimate Warrior; a reality show based on martial arts and she competed against men and earned the Star Warrior title.

Rounak, who is active on Tiki, a Singapore based short video platform, has around 182k followers. She interacts with her fans on Tiki and inspires them to pursue their dreams and long-lost passion. Rounak said, Tiki provided her a platform to engage and motivate girls to pursue their dreams by breaking gender stereotypes.