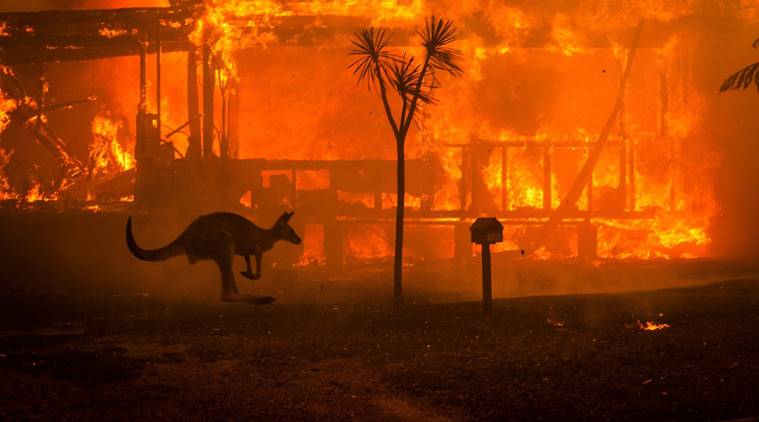 Alexander Zverev and David Goffin were due on the Melbourne Park courts first, followed by world number one Rafael Nadal.

Stefanos Tsitsipas, Coco Gauff and Karolina Pliskova also had sessions booked in the lead up to the tournament starting on Monday.

“Practice was temporarily suspended this morning due to poor air quality,” organisers said in a statement, although qualifying matches were set to go ahead.

“Conditions onsite are improving and are being constantly monitored.”

They said further decisions would be made using onsite data and in consultation with a medical team and the Bureau of Meteorology.

“As always the health and safety of our players, our staff and our fans is our priority,” organisers added.

Bushfires across Australia’s east have been burning for months, with at least 27 people dead and more than 2,000 homes destroyed and the smoke blowing into major population centres including Melbourne.

Tennis Australia chief Craig Tiley last week said it was unlikely that the Australian Open would be delayed.

He pointed to an improved forecast and Melbourne Park boasting three roofed stadiums and eight other indoor courts.

Sports stars, including leading tennis players, have been quick to respond to the bushfire crisis, pledging money to relief efforts.

Wozniacki withdraws from Kooyong ahead of Australian Open