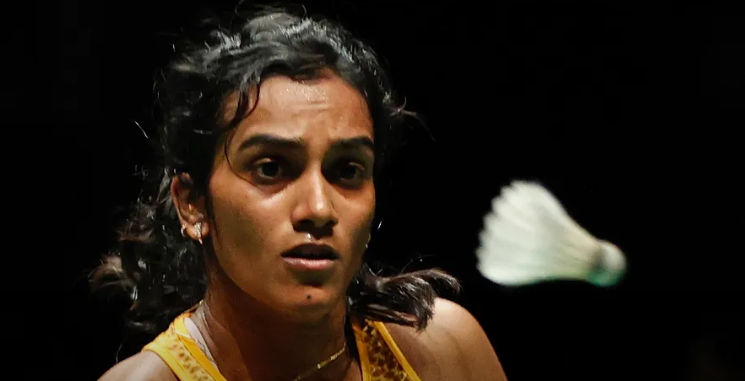 New Delhi: Already assured of a semifinal berth at the BWF World Tour Finals, India’s PV Sindhu on Friday faced a three-game defeat against top seed Pornpawee Chochuwong of Thailand in her third and final group A women’s singles match in Bali.

Sindhu, a two-time Olympic medallist, was matched up in an engrossing battle against the world no. 10 Chochuwong before going down fighting 12-21, 21-19, 14-21 in a match that lasted an hour and 11 minutes.

This was Sindhu’s third loss to the 2016 world junior champion Chochuwong in seven meetings and second defeat on the trot after their semifinal meeting at All England Open earlier this year.

Sindhu thus finished in the second position in group A, behind Chochuwong, and her opponent of the semifinal stage will be Japan’s Akane Yamaguchi.

Meanwhile, in the men’s singles, India’s Lakshya Sen is set to take on top seed Viktor Axelsen in the semifinals.

Earlier, Kidambi Srikanth bowed out of the season-ending tournament after losing to second seeded Malaysian Lee Zii Jia 19-21, 14-21 in 37 minutes in his third and final group B match.

It was Srikanth’s second loss to the world no. 8 Malaysian, who had defeated the Indian at Hylo Open in straight games.

Ashwini Ponnappa and N Sikki Reddy too ended their campaign, though they eked out a hard-fought 21-19, 9-21, 21-14 win over England’s Chloe Birch and Lauren Smith in the third and final group match, with both pairs out of semifinal contention.

Sindhu, the reigning world champion, was not quite at her best against Chochuwong, who rode on her quality of strokes to stay a step ahead despite seemingly struggling physically to keep up with the Indian.

In the first game, Sindhu erred in her lengths early on as Chochuwong led 5-3. The Indian managed to collect a few points but she never looked in control. Chochuwong took the initiative and kept things under her control, leading 11-6 at the interval. The Thai player got rewarded for her angled and crisp returns, while Sindhu lacked consistency as Chochuwong took 17-9 lead.

An attacking return gave Chochuwong eight game points and she sealed it when Sindhu went wide again. After the change of sides, Chochuwong, playing with the drift, committed few unforced errors as Sindhu led 6-3 before managing a healthy five-point advantage at the break with her rival going long.

Three defensive lapses from Sindhu saw Chochuwong narrow down the lead to 9-12. The duo played some exciting rallies next with the Thai managing to level the scores at 16-16. A lucky net chord helped Chochuwong get into a slender 18-17 lead but Sindhu again fought back to grab a game point when her rival made a judgement error at the backline, a few of those were seen too.

Another excruciating rally ended with Chochuwong going wide as Sindhu made a comeback into the contest. From 19-19, Sindhu played two fantastic points to force the decider.

The decider started on an even keel but Chochuwong managed to take 11-7 advantage at the breather. The Thai kept gathering points with her precise returns, moving to 17-14.

Chochuwong reeled off three straight points and then Sindhu made a judgement error at the backline as the Thai celebrated.

Earlier, Srikanth trailed 0-3 at the start but made his way to a slim 9-8 lead at one stage. An alert Lee, however, ensured a two-point advantage at the interval. A six-point burst helped the Indian to again grab a 17-15 lead but he let it slip as Lee pocketed the opening game.

Srikanth made a good start in the second game, moving to 7-3 advantage but Lee once again turned the tables, jumping to 13-9 and kept his nose ahead to eventually shut the doors on the Indian.