Can I-League clubs fight an ideological battle against AIFF? 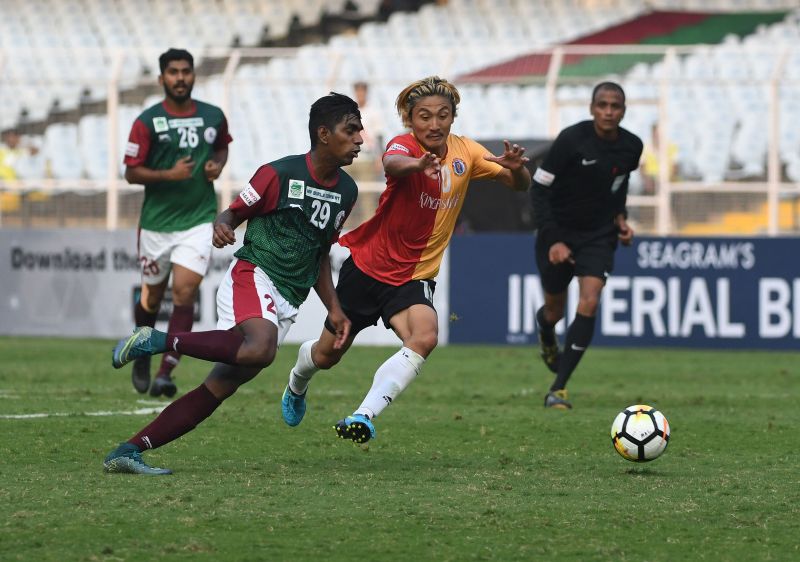 Seven I-League clubs, including Mohun Bagan and East Bengal, have threatened to move court against the AIFF and its marketing partners.

New Delhi: Minerva Punjab FC have won more titles in the junior and senior levels than any other outfit in the past three seasons. But recently, MPFC owner Ranjit Bajaj served a shocker on social media that could easily overshadow the club’s on-field activities.

He leaked out documents related to agreement (MRA) between All India Football Federation (AIFF) and its marketing partners. It does not enhance the reputation of the AIFF president Praful Patel and his executive committee.

The legalities of Bajaj’s action notwithstanding, it is a damaging revelation. So, let us not waste words on what Patel (often described as “accidental president”) has done.

It is now a public knowledge that for nearly 10 years, he has blatantly misled stakeholders and fans on status of I-League and the Indian Super League (ISL).

He often spoke about I-League being the country’s national league knowing fully well he was contractually bound to grant the position to the ISL.

I- League club representatives met today in Delhi to discuss the future course of action in light of recent developments in Indian football. They had a very fruitful discussion in this matter. Please find below the joint statement issued in this regard. pic.twitter.com/dJeT1AaSa0

I-League clubs have threatened to move court protesting against federation’s intention to declare ISL as the top league in its meeting on July 3. Now the question is can their arguments stand the scrutiny in the court of law?

A very senior AIFF official told this correspondent: “Our agreement with marketing partners is water tight. The clubs have no right to question it. We were never legally bound to consult them before signing the MRA.”

He is not far from the truth. But the question is, can a body, declared by both FIFA and government as the custodian of the sport in India, sell off the nation’s official league to a private party?

Specially, when the country’s national team is selected and its activities are largely influenced on the basis of the national league? If the documents uploaded by Bajaj on social media are remotely true, the AIFF soon have little authority on its own national league, clubs and footballers.

Let us take an example.

A particular clause in the agreement says: “The AIFF hereby warrants (as a material condition of this agreement) that the company will have the full and unfettered right and ability to establish the New League as the most senior and prestigious professional football league in India and the existing I League may, as a result of the introduction of the new league, be constituted, replaced and or/discontinued (temporarily or permanently) and to exploit the New League Rights in the manner contemplated by this agreement (subject to the right of AIFF to be consulted and make representations in relation to the New League as contemplated in schedule 7) including without limitation that the Company shall be entitled without any additional payment other than the Fees and without AIFF infringing any third party rights of any kind whatsoever (whether of the clubs or otherwise) to decide upon the format, rules and structure of the league and the teams and players which will compete in it.

“In addition the AIFF shall not pass or allow to be passed any rules or regulations of any kind which would or might impede the establishment of the New League by the Company.”

There are many more such clauses in the MRA, easily available on public domain, thanks to Bajaj. It is a chilling example of how a national sporting body can sell itself off to a private party and can still approach the government for financial assistance in various matters.

Insiders within the AIFF argue they had no option but to sign the MRA in 2010 since the previous marketing and broadcasting partners had stopped paying and demanded an exorbitant amount to implement the exit clause.

True, but in that case, the rest of the stakeholders should have been consulted even if they had no solution to offer. At least the current mess could have been avoided.

Nowhere in the illegal contract it says that the top league will be CLOSED league with no promotion or Relegation or that entry fees is 15 CR a year or merit dosent play a part in selecting the teams – nowhere in the contract does it SAY the new league will be franchise based🙏🏽 pic.twitter.com/3Bg6ByB6Yf

The worst part of the story is a constant effort (from within the AIFF) to show I-League and its clubs in poor light. If spectators do not turn up for ties involving Chennai FC or Minerva Punjab or television viewership dips for Gokulam FC matches, it only reflects the poor state of affairs in the I-League, which should be stopped.

If the average attendance for a franchise outing is less than 1,000 in a particular match or season, then the public address system makes an inflated announcement, all in presence of the AIFF officials.

It is time to brace for a battle on ideological grounds than to go into nitti-gritties of the MRA. Will the country’s football federation remain a public body or be run by people, whose sole motive is to generate profit?

If the second option becomes necessary, then government and Sports Authority of India (SAI) should withdraw all its benefits as per sports ministry guidelines.

But then, the problem is can the I-League clubs handle this in the court of law? Given their past records, they are known to an opportunistic bunch, who do not generally see anything beyond self-interest. Perhaps, they have bitten off more than they can chew.

An online social media campaign has started in favour of the I-League.