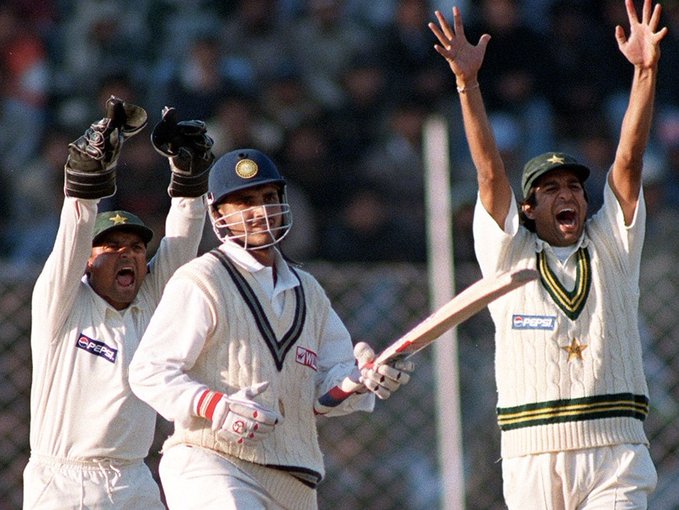 New Delhi: Former Pakistan skipper Inzamam-ul-Haq has said Sourav Ganguly’s dismissal in the India vs Pakistan Test at Chennai in 1999 was doubtful.

Pakistan beat India by 12 runs in the first match of a two-Test series.

Recalling the incident with Ravichandran Ashwin in a youtube show, Inzi said: “There were two people involved in the affair. One Azhar Mahmood and the other, Moin Khan. When Sourav played the shot, it hit Azhar Mahmood first on his body and then Moin Khan caught it.”

“I cannot clearly tell you about it because Azhar was not playing that Test match. I was unwell in the second innings so in my place Azhar was the substitute. I was not on the ground at that time but I can say that the catch was a doubtful one.”

Ashwin laughed and said, “Inzy bhai, I have to salute you now because you admitted that it was indeed a doubtful catch.”

“The way Dhoni came in to bat at No 4 in the World Cup 2011, he had self-belief that he can deliver when it was required. I respect these kinds of players. They are the true sportsmen,” Inzamam said.

Pakistan set a difficult target of 274 for India to chase.

“I had seen Sachin play for many years, but I had never seen him play that good. The way he played against our fast bowlers in those conditions.” said Inzamam.