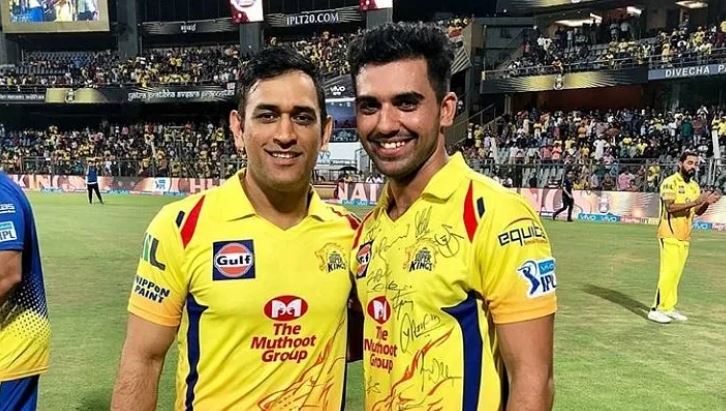 Mumbai: Chennai Super Kings skipper MS Dhoni offered a brief lesson on how to use Decision Review System (DRS) that might come in handy for those struggling to use it well like the current Indian team.

Dhoni, who has been known to be spot on with DRS, opted to not take a review against Punjab Kings batsman Shahrukh Khan after he was hit on the pads by a Deepak Chahar delivery on the very first ball he faced.

The umpire had ruled him not out and it seemed from the replays that Dhoni’s decision to not take a review was right.

“I thought that [lbw call] was high. So told him (Chahar) ‘no we are not reviewing’. I have always felt DRS is there to take the howlers away and not just to take a chance. You only take a chance if it’s the last over of the game or it’s someone very important,” said Dhoni after the match while explaining how he has approached DRS.

Dhoni, however, praised Chahar for his effort that saw the pace bowler take four early wickets to peg the Punjab franchise back. The right-arm pacer returned with figures of four wickets for 13 runs in four overs.

Despite being a good death overs bowler, Chahar bowled all his four overs early without a break.

“Chahar is somebody who has developed as a death overs bowler too. If I’m looking to attack and there is movement I try to bowl him out because he gets more out of the pitch. As a bowling unit we have more resources.

“I was looking to attack, so bowled his four overs and it helps in becoming fit because to bowl 4 successive overs you need to be fit,” added Dhoni.