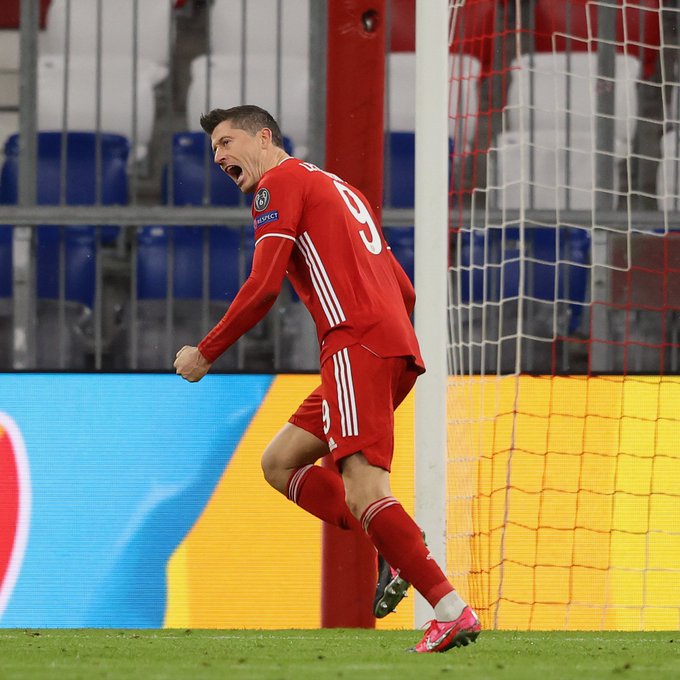 London: Robert Lewandowski made sure it was a comfortable evening for Bayern Munich as the defending champion eased into the Champions League quarterfinals.

Lewandowski netted in the first half to end Lazio’s slim hopes of a comeback as Bayern beat the Italian club 2-1 at home Wednesday to seal a 6-2 aggregate win.

Lewandowski gave Bayern the lead from the penalty spot in the 33rd minute for his 39th goal in all competitions this season, and his 10th in seven games.

Lewandowski calmly sent his former Bayern teammate Pepe Reina the wrong way after Lazio’s Vedat Muriqi was judged to have held Leon Goretzka as they jostled for position at a corner.

Lewandowski had the chance to reach 40 goals but the Polish striker hit the post with a low drive from outside the penalty area.

Choupo-Moting came off the bench to replace Lewandowski and soon scored Bayern’s second off a defense-splitting pass from David Alaba in the 73rd, chipping the ball over Reina.

Thomas Tuchel said “super hungry” Chelsea have their sights set on reaching the Champions League final after Hakim Ziyech ended his goal drought to inspire a 2-0 win against Atletico Madrid in the last-16 second leg on Wednesday.

Morocco forward Ziyech grabbed his first goal since October to put the hosts ahead in the first half at Stamford Bridge.

Emerson came off the bench to score the late goal that sealed a comfortable 3-0 aggregate victory over the lacklustre LaLiga leaders.

Adding to Atletico’s misery, Stefan Savic was sent off in the closing stages for elbowing Antonio Rudiger in the stomach.