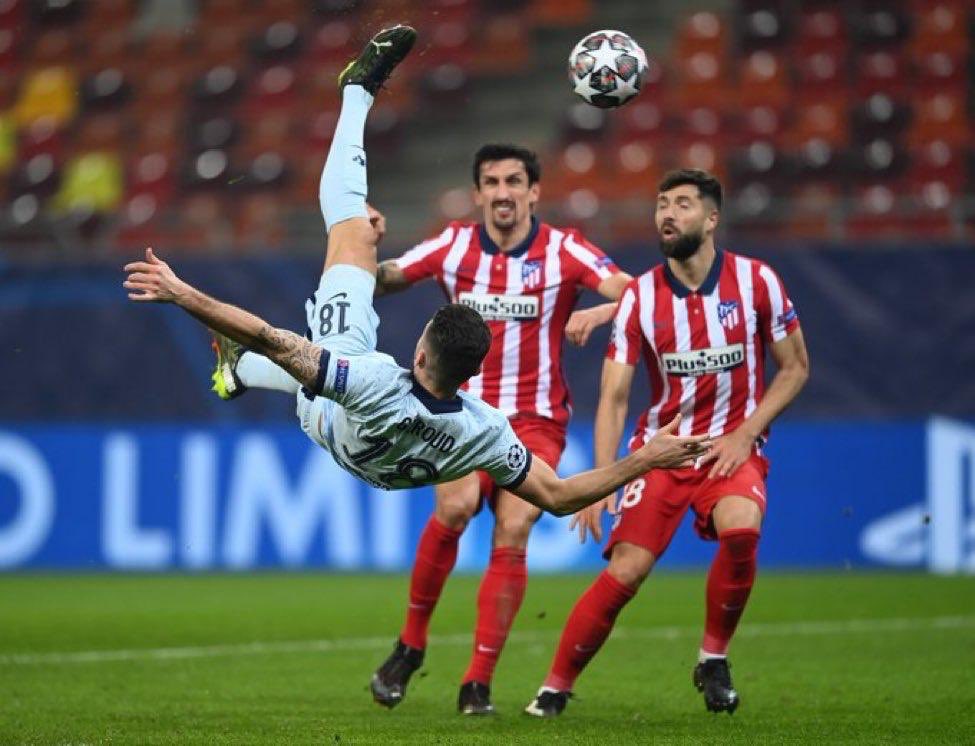 Bucharest: Chelsea beat Atletico Madrid 1-0 in the first leg of their UEFA Champions League last 16 tie to take a big step towards the quarterfinals of the tournament.

What was Atletico’s home leg had to be played in Bucharest due to a ban on flights from Britain to Spain to try and stop the spread of coronavirus variants.

Although that is a clear disadvantage for the Spanish side, the result only serves to highlight a drop of form which has seen them lose two and draw one of their last three games in all competitions.

Holders Bayern Munich brushed off their recent poor domestic form by throwing down a Champions League marker with an emphatic 4-1 win at Lazio in Tuesday’s last-16 first leg to take a “huge step” towards the quarter-finals.

Robert Lewandowski gave Bayern an early lead before 17-year-old Jamal Musiala scored his first Champions League goal on only his fourth appearance in Europe. Stuttgart-born Musiala, who turns 18 Friday, is now the youngest Englishman to score a goal in Champions League history.

A Leroy Sane strike gave Bayern a three-goal half-time cushion at the Stadio Olimpico before Francesco Acerbi scored an own goal just after the break.

Joaquin Correa pulled a goal back early in the second half to give the scoreline some respectability for Lazio.

Atletico coach Diego Simeone fielded a side that on paper looked to be attacking minded, with Luis Suarez, Joao Felix, and Angel Correa in attack, and Koke and Marcos Llorente in midfield, the reality was something different as the La Liga leaders were content to sit deep and defend for much of the first half.

Chelsea was enjoying more of the ball and Timo Werner drew the first save of the game from a tight angle, although Jan Oblak responded well.

At the other end Thomas Lemar put over a pass that Suarez failed to reach, but Eduoard Mendy wasn’t forced into any serious action before the break.

The second half began with Mason Mount, who had previously seen a yellow card that will keep him out of the return leg, just fail to find Olivier Giroud with a pass across goal, while Hudson Odoi saw a deflected effort easily collected by Oblak.

Giroud scored the only goal of the game with a spectacular overhead kick in the 70th minute and although it was originally ruled out for offside, it was eventually given when the VAR showed the ball had come to him off Atletico defender Mario Hermoso.

Although Simeone made a series of changes there was little reaction from his side and the best chance in the closing minutes fell to Chelsea when Werner fired into the side netting.

Real Madrid play away to Atalanta on Wednesday with the need to salvage some pride for La Liga after Atletico, Sevilla and FC Barcelona have now all lost the first leg of their last 16 ties.