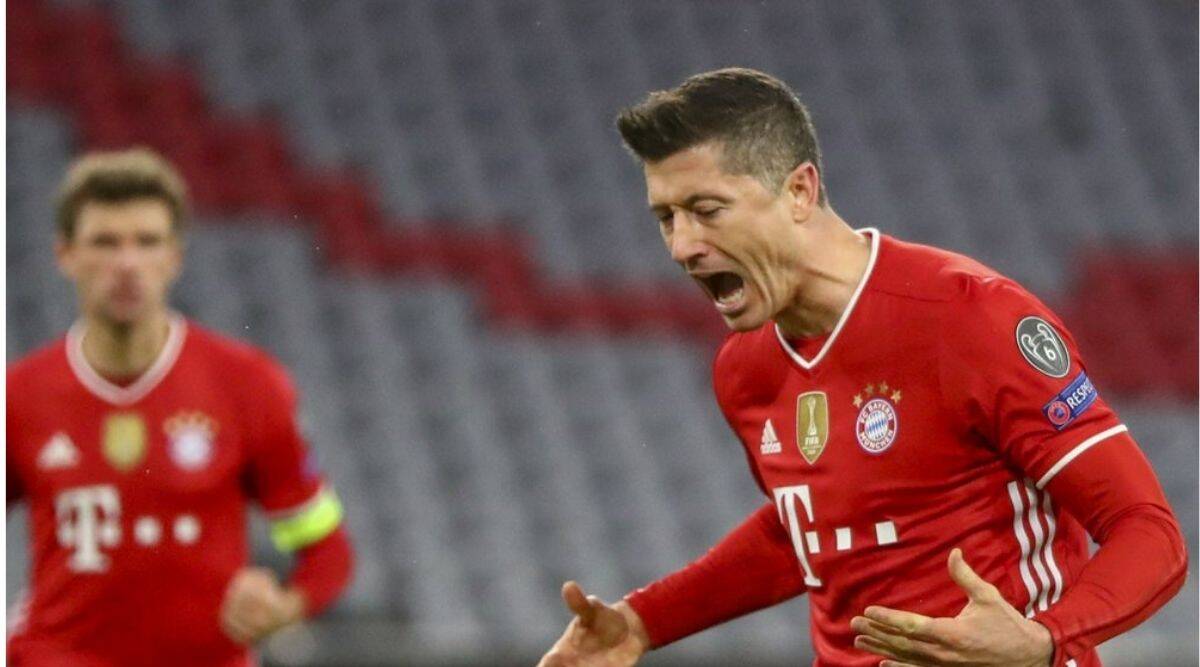 Munich: Holders Bayern Munich face a test of their ability to defend their Champions League crown without top-scoring striker Robert Lewandowski at home to embattled Paris Saint Germain on Wednesday.

A knee injury has ruled Lewandowski out of both the quarter-final home leg at the Allianz Arena and the return in Paris next Tuesday.

The timing could not be worse with Lewandowski sidelined for the two-legged repeat of last season’s Champions League final when a Kingsley Coman header gave Bayern the title after a 1-0 win over PSG.

Of the 103 goals Bayern have scored either in the Bundesliga or Champions League this season, Lewandowski has contributed to 46 of them with either a goal or an assist.

Yet Bayern proved at the weekend that they can win a big game without him.

Leon Goretzka hit the winner in Saturday’s 1-0 victory at second-placed RB Leipzig to leave Bayern seven points clear at the top of the Bundesliga.

“Obviously, they are better with Lewandowski,” Leipzig coach Julian Nagelsmann said of Bayern. “But they have a world-class team and brilliant players to play in his place.”

Having already faced Leipzig, Lewandowski’s understudy Eric Maxim Choupo-Moting is set to make only his third Champions League start this season against his former club.

The 32-year-old Cameroon striker left PSG after coming on as a replacement against Bayern in last season’s Champions League final.

“The anticipation is huge,” Choupo-Moting said of facing his ex-club.

“It is the new edition of last year’s final.

“Perhaps nobody would have expected that we would meet again so quickly.”

Bayern, who are on a run of 19 games unbeaten in the Champions League, have a score to settle with PSG, against whom they have lost five of their nine previous matches.

Yet PSG have their own problems, on and off the pitch.

Kylian Mbappe, who scored four goals over two legs in their last 16 to help knock out Barcelona, is expected to partner Neymar in PSG’s star-studded attack.

COVID-19 has cast a shadow over the PSG squad with both defender Alessandro Florenzi and midfielder Marco Verrati having tested positive.

“The frustration was huge, but in the meantime we’ve turned it into motivation — and that has become even greater to win the Champions League now,” Kehrer told Sport Bild.

Bayern have the strength in depth to cope without Lewandowski.

The burly 26-year-old showed great finishing with a superb shot after being set up in Leipzig by Thomas Mueller, who has nicknamed his team-mate ‘SCOREtzka’.

“I guess Thomas was bored during the international break. I had to score to prove ‘Mull’ (Mueller) right,” quipped Goretzka when asked about his new nickname.

Bayern’s defence will also be boosted by the return of fleet-footed left-back Alphonso Davies and centre-back Jerome Boateng, who were both suspended for the game against Leipzig.

La Liga: Dembele pulls Barcelona to within a point of Atletico