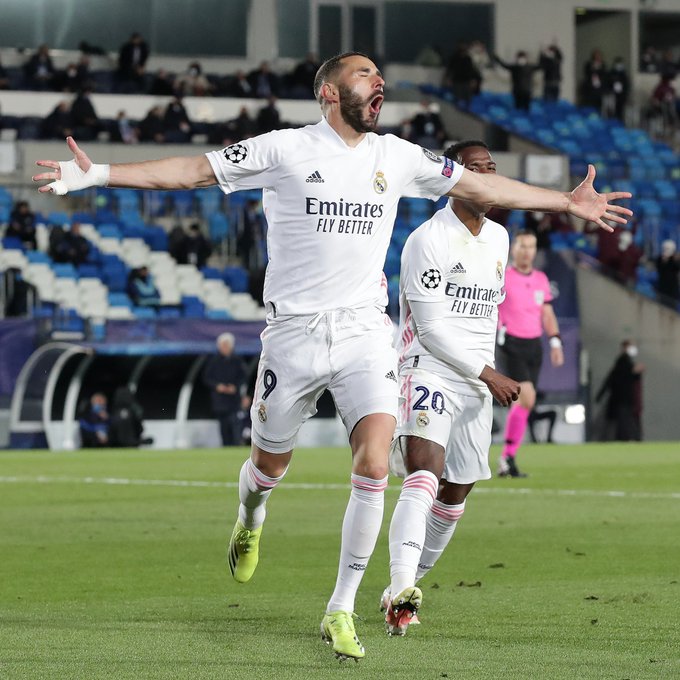 Madrid: Karim Benzema scored in a fifth successive game as Real Madrid secured their place in the Champions League quarter-finals with a 3-1 win over Atalanta (agg 4-1).

The La Liga side had been 1-0 up from the first leg and, after the Italians missed a couple of early chances, Benzema fired them ahead on the night in the 34th minute.

A penalty from captain Sergio Ramos on the hour all but ended the tie, with Luis Muriel clipping in a fine free-kick to pull a goal back for Atalanta before substitute Marco Asensio wrapped things up late on.

Pep Guardiola told his Manchester City players to forget their previous Champions League failures after cruising into the quarter-finals with a 2-0 win over Borussia Moenchengladbach on Tuesday that sealed a 4-0 aggregate victory.

The Champions League is the one trophy that has remained elusive to Guardiola during his five years in Manchester with City failing to ever get beyond the last eight under the Catalan.

But the runaway Premier League leaders will get the chance to break that barrier next month as they showed why they are the bookies’ favourites for the competition with another classy performance in Budapest, which hosted both legs of the tie due to coronavirus restrictions on travel between England and Germany.

Early goals from Kevin De Bruyne and Ilkay Gundogan killed off any hope of a fightback from the Germans as City recorded a 24th win in their last 25 games in all competitions.

FIFA and United Nations collaborate to strengthen fight against match-fixing

‘Return of the God’: Zlatan Ibrahimovic back in Sweden squad