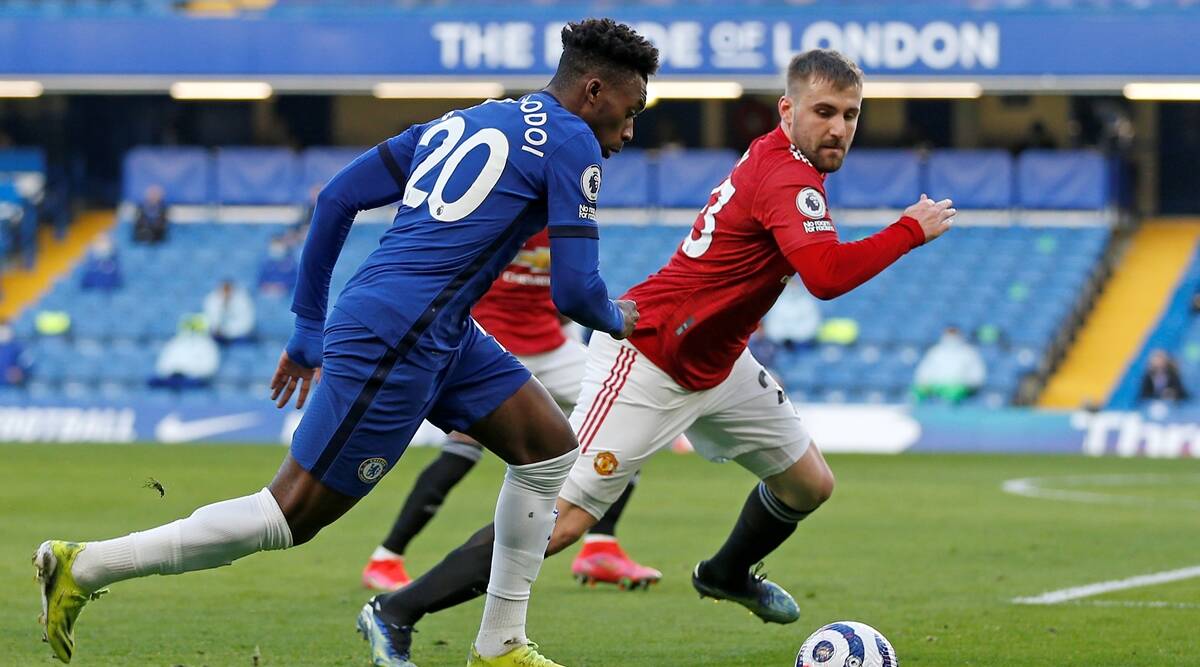 New Delhi: After Manchester City extended their lead of the Premier League, the battle for a top-four finish intensified on Sunday as Chelsea and Manchester United ground out a goalless draw, Leicester City lost and Liverpool finally came back to life.

Tottenham Hotspur and Arsenal showed signs that they could also join the fray while at the bottom Fulham missed an opportunity to claw closer to escaping the drop zone.

The match at Stamford Bridge was largely a forgettable affair with the main talking point a controversial penalty incident in the first half when referee Stuart Attwell opted not to award United a spot kick for a handball by Callum Hudson-Odoi.

It would have been a harsh decision but the fact that Attwell was instructed to watch the incident on a VAR monitor amplified the debate about the technology.

Needless to say both managers disagreed, with United boss Ole Gunnar Solskjaer saying it was a 100% penalty and Tuchel offering the opposing view.

Either way it was a better result for United who preserved their six-point lead over Chelsea, even if it left them 12 points behind runaway leaders City.

“It would have been a big result,” Tuchel said. “We tried everything to win, to be prepared for no other intention but to win. We are in the middle of a battle to the top four.

“We have closed the gap quickly and now is the moment to hang in and to show performances every three or four days.”

Injury-hit champions Liverpool snapped a four-match losing run in the league with a rather laboured 2-0 win at bottom club Sheffield United — Curtis Jones’s 48th-minute goal and Roberto Firmino’s shot deflected in off United’s Kean Bryan enough for Juergen Klopp’s side to get back to winning ways.

Liverpool’s second goal was their 7,000 in the top flight.

They stayed sixth with 43 points but are only a point behind fifth-placed Chelsea, who they play on Thursday, and two behind surprise package West Ham.

“Plenty of people have written us off. That’s fine. With all the problems we have had we’re still around the exciting places,” Klopp said.

Leicester, who are third with 49 points, ended a dismal week in which they went out of the Europa League with a 3-1 home defeat by Arsenal, despite taking the lead.

Youri Tielemans put Leicester ahead but goals by David Luiz, Alexandre Lacazette and Nicolas Pepe earned Arsenal an impressive victory, lifting them to 10th with 37 points.

Gareth Bale scored twice as Tottenham emerged from a run of five defeats in six league games to hammer Burnley 4-0, lifting Jose Mourinho’s side to eighth with 39 points.

Bale, starting only his third league game of the season, also set up a goal for Harry Kane with Lucas Moura the other scorer for the hosts.

Third-from-bottom Fulham had the chance to pull to within a point of 17th-placed Newcastle United but could only draw 0-0 with Crystal Palace and with Tottenham, Liverpool and Manchester City up next it could prove costly.

“I personally believe we can give anyone a game in this division. There’s still a long way to go,” manager Scott Parker said.