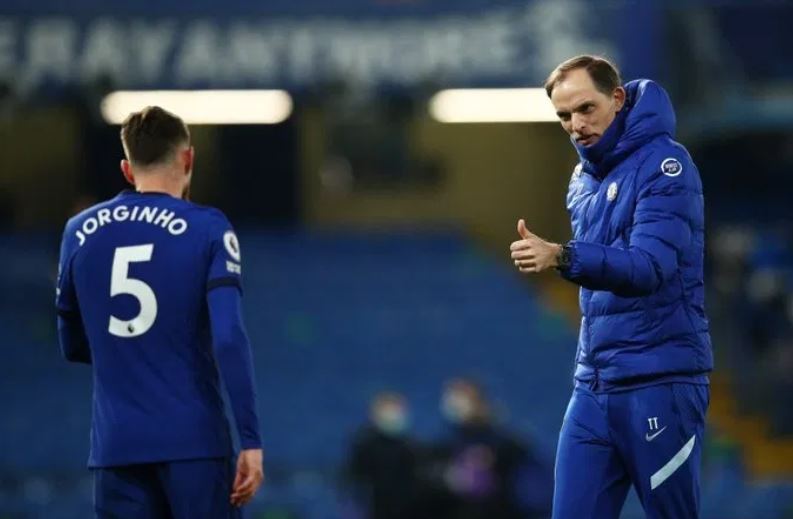 London: The battle for Champions League places heated up in the Premier League as both Chelsea and West Ham United won their respective matches.

Chelsea beat Everton 2-0 thanks to an own goal and a Jorginho penalty, thus opening up a four-point gap over a team that had been just a point behind them at the start of the game on Monday, Xinhua news agency reported.

Ben Godfrey deflected Kai Havertz’s flick into his own net on the half hour mark to put Chelsea ahead and Jorginho assured the win with a penalty in the 65th minute after Everton’s goalkeeper Jordan Pickford brought down Havertz inside the box.

Everton have not won in 26 league visits to Stamford Bridge.

Chelsea coach Thomas Tuchel has been unbeaten in his first nine league games in charge, with six wins and three draws since replacing Frank Lampard.

West Ham beat Leeds United 2-0 to move into fifth place above Everton later on Monday to end up just two points behind Chelsea with a game in hand.

Jesse Lingard put West Ham ahead, following up to score from a rebound after a penalty had been saved.

Both sides had chances to score in the rest of the game, with Dawson and Pablo Fornals both hitting the woodwork for the home side, while Patrick Bamford was guilty of a couple of misses for Leeds.