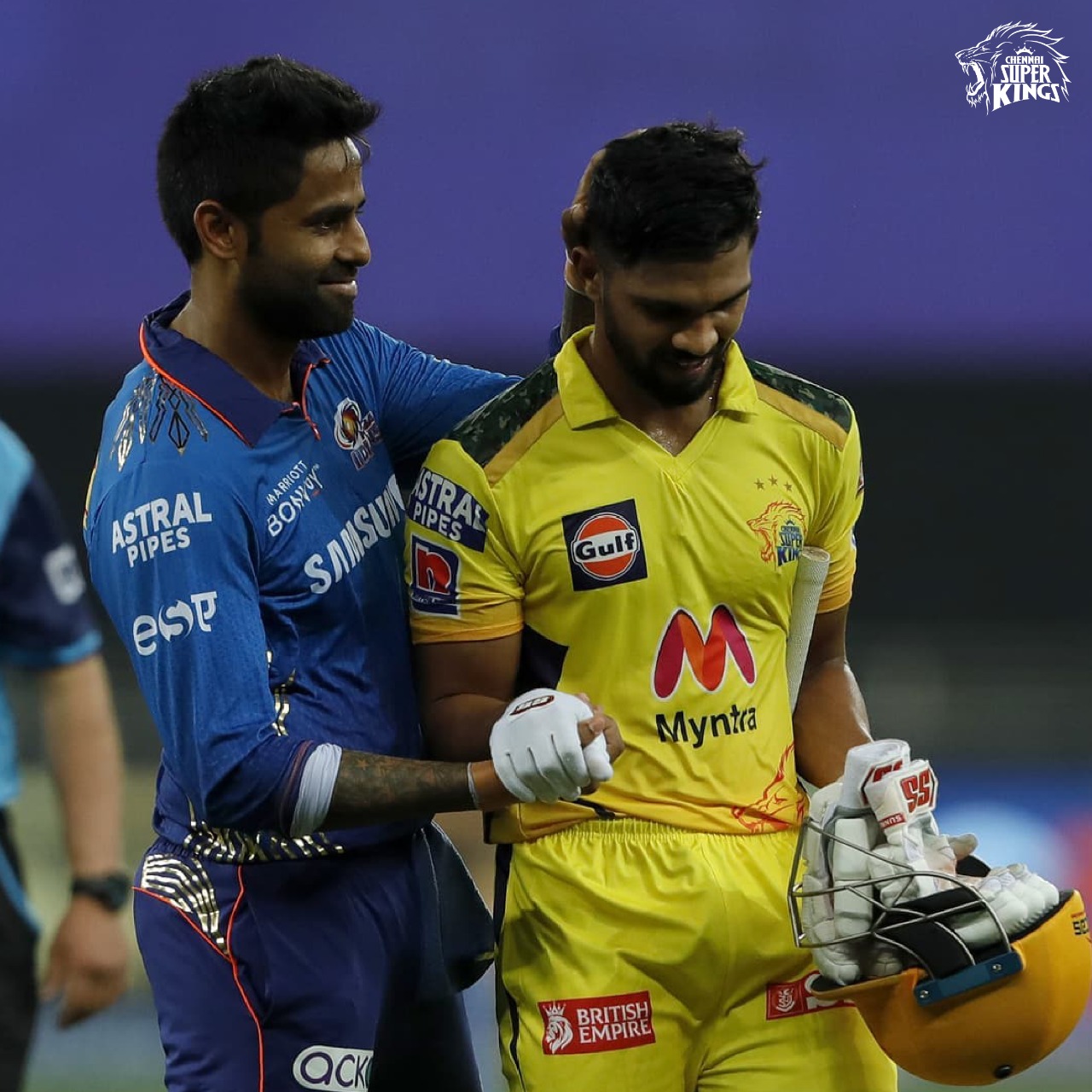 Dubai:  An unbeaten 88 off 58 balls by Ruturaj Gaikwad and all-round performance by Dwayne Bravo set up a 20-run win for Chennai Super Kings over Mumbai Indians in the first match of the UAE leg of IPL 2021.

Mumbai’s chase started on a good note with Quinton de Kock collecting two boundaries off Josh Hazlewood in the second over. Though Ruturaj Gaikwad dropped him on six, de Kock (17) couldn’t make most of the reprieve, trapped in front of stumps by a Deepak Chahar incoming delivery. Hazlewood came in for more thrashing as debutant Anmolpreet Singh (16) carted him for three stylish boundaries in the next over. But Singh’s promising stay at the crease was brought to an end by a knuckleball from Chahar ratting his off-stump.

Suryakumar Yadav (3) tried to loft on the up but mistimed off bottom of the bat off Shardul Thakur. The catch was comfortably snapped by Faf du Plessis running from mid-off. Ishan Kishan (11) threw his hands at a slower outside off delivery from Dwayne Bravo, only to hit straight to Suresh Raina at cover.

Kieron Pollard (15) and Saurabh Tiwary thumped some boundaries in their 29-run partnership. But Hazlewood struck Pollard past the flick on the back pad with a sharp inswinger that stayed low. In the next over, Krunal Pandya went for a non-existent single and tried to come back with a desperate dive but fell short of crease.

Tiwary, dropped at 41, kept Mumbai in the hunt as Thakur conceded 15 runs off the 19th over, including a six by Adam Milne. With 24 needed off the final over, Milne swung straight to deep mid-wicket in the final over off Bravo. Tiwary brought up a hard-fought half-century. But Bravo took the wicket of Rahul Chahar on the next ball to hand Mumbai their first loss in the UAE leg of the IPL 2021.9.19.

Earlier, electing to bat first, Chennai got an early jolt with Trent Boult taking out Faf du Plessis for a three-ball duck, slashing straight to Milne at short third man. In the next over, it was Milne’s turn to take a wicket, taking out Moeen Ali for a three-ball duck, hitting straight to short cover. Chennai’s troubles increased when Ambati Rayudu was smacked on left elbow while trying to duck a short delivery from Milne and retired hurt on zero.

Boult came back to pepper Suresh Raina (4) with short balls and away-going deliveries.

Raina was out soon as was Dhoni (3), pulling straight to Boult at deep square leg, taking a well-judged reverse-cupped catch on last ball of the power-play — CSK slumped to 24/4.

Gaikwad and Jadeja resurrected Chennai’s innings with a partnership of 81 runs off 64 balls for the fifth wicket. The duo took 18 runs off Krunal Pandya’s second over of the night. Gaikwad opened up in the middle overs with an eye-catchy loft followed by a reverse sweep while Jadeja made use of width to cut past third man.

Gaikwad reached his sixth half-century in IPL with a pull through mid-wicket off Pollard before slamming him flat over long-on. Jadeja (26) and Bravo (23) played useful cameos as Chennai posted a fighting total and then went on to defend it.

Virat Kohli to step down as RCB captain after IPL 2021