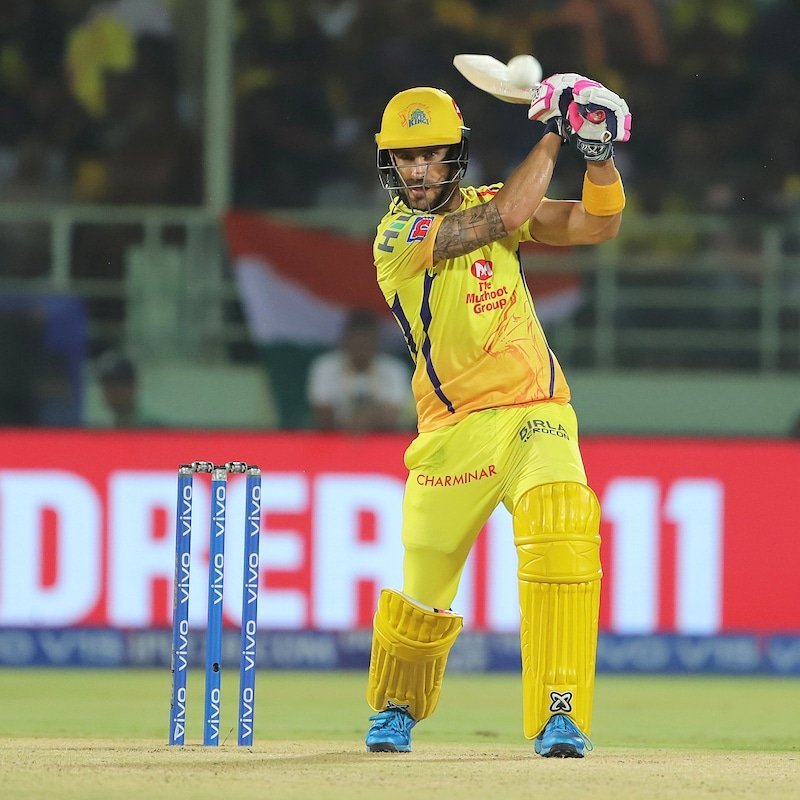 FAF du Plessis was named the man of the match for his half century. Photo: Twitter

After asking Delhi to bat first, Chennai bowlers put up a superb show to restrict the first time semi-finalists to 147/9.

South Africa captain du Plessis was the aggressor early on and once he got out, Watson took over as Delhi bowlers looked hapless.

Having notched up his his 12th IPL fifty and fourth this season, du Plessis mistimed a pull to Keemo Paul at deep square leg off Trent Boult’s bowling while Amit Mishra had Watson caught by Boult at wide long-off.

The two teams that have won 100 #VIVOIPL games will battle it out for their 4th IPL 🏆 on Sunday!

Suresh Raina (11) was castled by Axar Patel, bringing skipper M.S. Dhoni to the crease. With 21 needed off 24 balls, it was a cakewalk for the defending champions, although Dhoni (9) got out with two runs required for victory.

Dwayne Bravo was at the crease as the yellow army crossed the target with four leg byes with Ambati Rayudu (20 not out) at the other end and an over to spare. Chennai posted 151/4 in 19 overs.

Chennai will now take on old foes Mumbai Indians in the final in Hyderabad on Sunday, the fourth time the two teams will be locking horns in the summit clash.

Earlier, Harbhajan Singh (2/31) and Bravo (2/19) used their reservoir of experience to good affect while Deepak Chahar (2/28) continued his rich form with the ball as Delhi never got going despite having Rishabh Pant at the crease for more than an hour.

Langer praises Smith for being in top physical condition