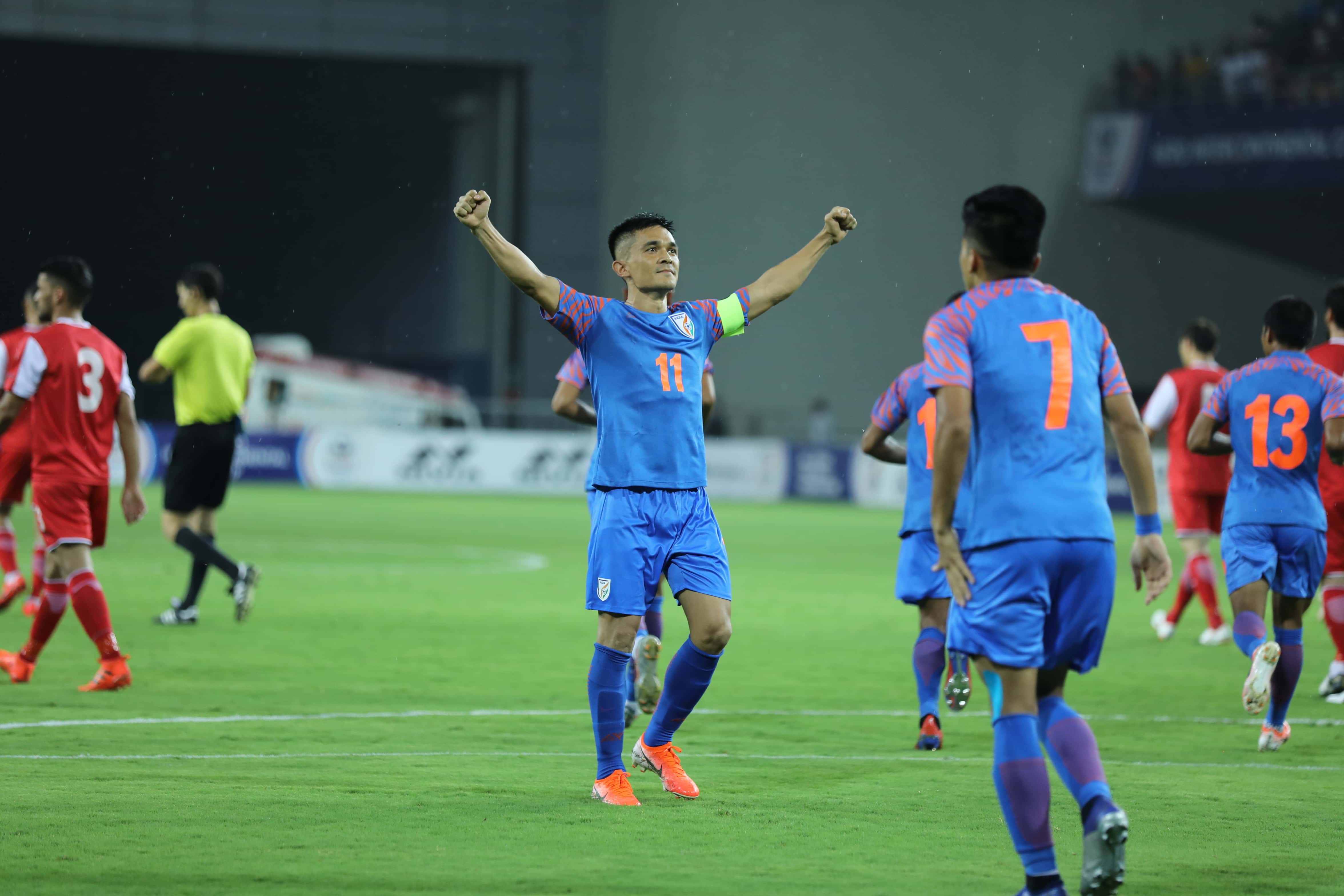 Male: Talismanic captain Sunil Chhetri equalled the legendary Pele with his 77th international goal as his 83rd minute strike helped India beat Nepal 1-0 and saved his side from the verge of elimination in the SAFF Championships here on Sunday.

The 37-year-old Chhetri, playing in his 123rd match for India, struck a late goal to place himself on even keel with the Brazillian great (77 goals from 92 matches).

He is now on joint third with UAE’s Ali Mabkhout (77) in the list of highest scorers among active footballers, behind Cristiano Ronaldo (112) and Lionel Messi (79).

Substitute Farukh Chaudhary somehow managed to win a header from a long throw in and directed it towards the centre of the six-yard box where Chhetri found himself at the right place to fire the ball past Nepal gaolkeeper Kiran Limbu late in the match.

India will still need to win their final round-robin league match on Wednesday against hosts Maldives if they have to make it to the October 16 final.

A draw against Nepal would have put India on the verge of elimination.

The Indian team and its head coach Igor Stimac had been under the pump after drawing against lower-ranked Bangladesh (1-1) and Sri Lanka (0-0) in their previous matches.

Chaudhary had come into the field as substitute of Mohd. Yasir in the 70th minute.

India kept on creating chances in the match and were the dominant team throughout.

But they were not able make the finishing touches in a few chances they got.

Chhetri had also missed a big opportunity to score in the first half.

India had drawn against Nepal 0-0 and beat the Himalayan nation 2-0 in the previous encounters this year before Sunday’s win.