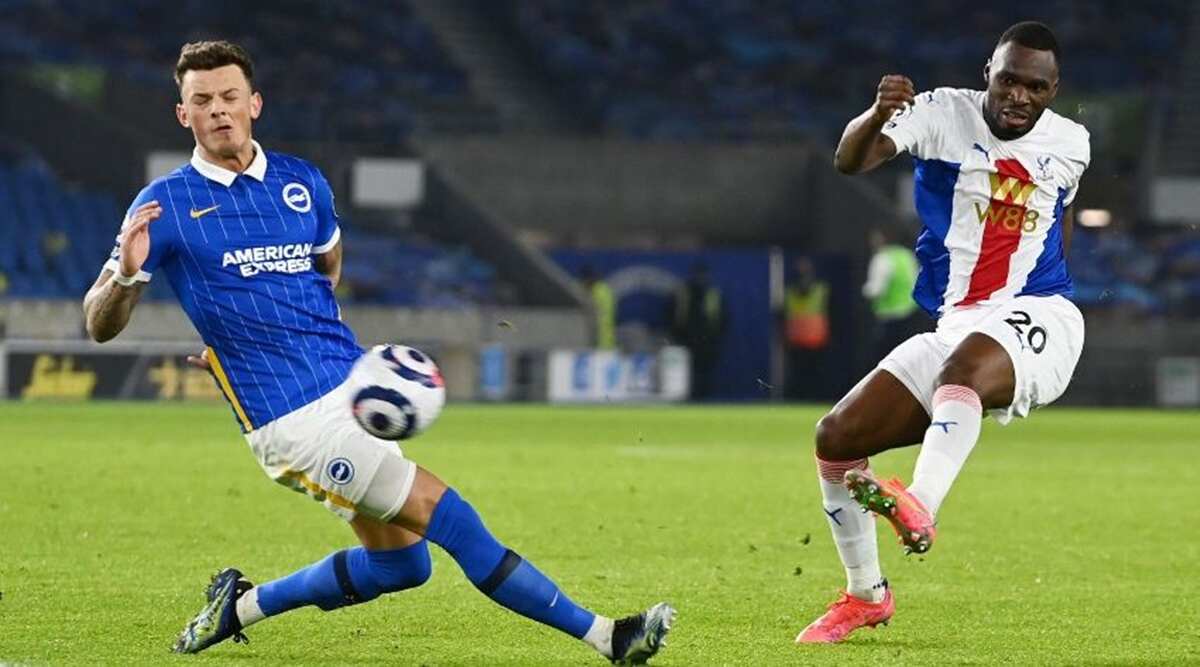 New Delhi: Christian Benteke’s stoppage-time volley earned Crystal Palace a dramatic 2-1 victory at Brighton & Hove Albion in the Premier League on Monday, despite the visitors being second best for much of the contest.

Palace took the lead as loan signing Jean-Philippe Mateta scored his first goal in English football with an improvised finish in the 28th minute.

Brighton improved after the break and pulled level in the 55th minute through Joel Veltman, who swept home his first goal for Graham Potter’s side as the ball broke loose in the penalty area.

The chances kept coming for Brighton as they finished the match having had 25 shots at goal.

But Palace, from just three efforts, scored twice, with Benteke popping up with the winner to break Brighton hearts in the 95th minute.

The win moved Palace up to 13th in the standings on 32 points. Brighton remained 16th on 26 points, four points clear of the relegation zone.

“It is a massive result,” Benteke told Sky Sports. “We know we play a derby against a very good side.

“It wasn’t easy, they managed to come back in the game in the second half. We put our lives on the line, tried to defend as much as we could and I had a chance to score a great goal.”

Brighton came into the match unbeaten in their last six league games, but it was Palace who struck first. The finish was exquisite as Mateta, on loan from Bundesliga side Mainz 05, let the ball come through his legs before backheeling it in.

Mateta’s opener was the first goal Brighton had conceded on home soil in the Premier League in 343 minutes, but their defence was rarely troubled after that..

Brighton’s finishing let them down time and again, with only five of their 25 attempts at goal hitting the target.

“It is difficult, a very sore one, we did everything but get the points,” Potter told Sky Sports.

“They were in our box I think twice and scored two. That is the beauty of football but it doesn’t feel so beautiful at the moment, it feels painful.”

Benteke latched on to Andros Townsend’s cross to secure an unlikely victory with his first league goal since mid-December.