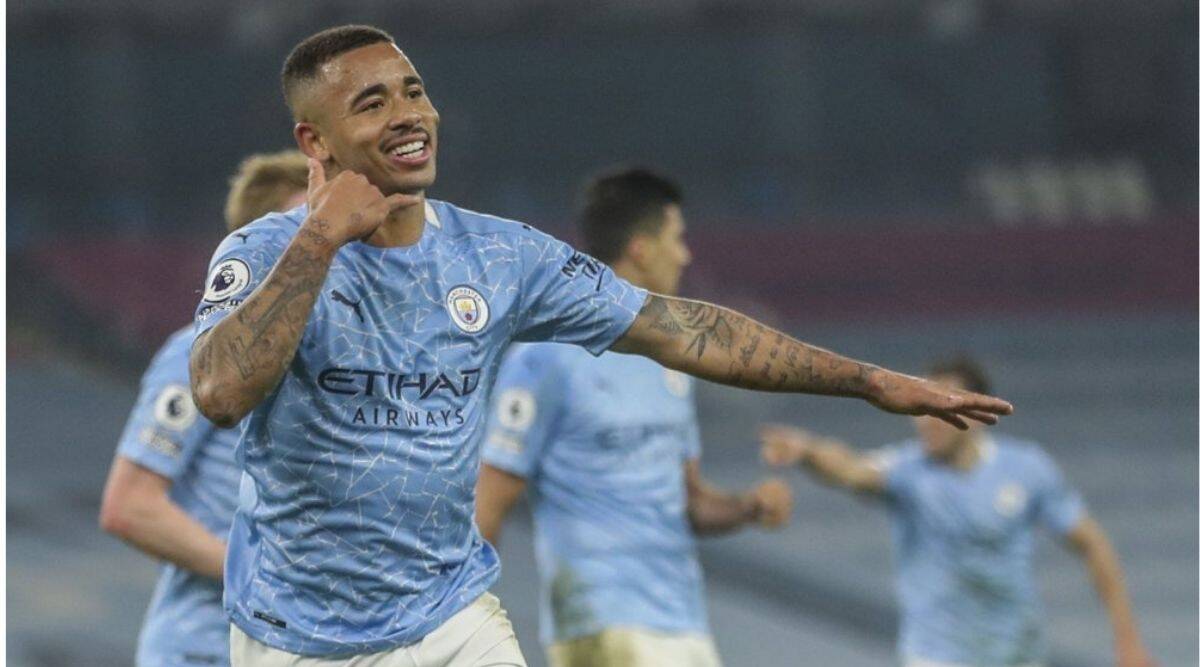 The extraordinary numbers are stacking up for Manchester City as Pep Guardiola’s winning machine powers to the Premier League title and — whisper it — a potential quadruple.

Guardiola particularly liked what he saw in the 4-1 win over Wolverhampton on Tuesday.

Heading into the final 10 minutes at Etihad Stadium, City’s players were in the unusual position of being held, 1-1, but there was no panic. Instead, they just stepped up a gear, overwhelmed Wolves with their pressing and scored three goals.

Gabriel Jesus scored in the 80th minute and again from close range with virtually the last kick of the game after Riyad Mahrez had made it 3-1, capping a period of incessant pressure by City after Wolves equalized in the 61st minute through Conor Coady’s header — the visitors’ first touch in City’s box.

Leander Dendoncker had given City the lead for the first time with an own-goal in the 15th.

Another test passed by City in its march to reclaiming the title from Liverpool, with Wolves having proved a tough opponent for City in recent years — winning their meetings home and away last season, for example.

City’s class of 2020-21 is made of sterner stuff this season, though. The team has won every game it has played in all competitions since Dec. 19 and now has 15 victories in a row in the league. Its unbeaten streak stretched to 28 matches — tying a club record also achieved under Guardiola in 2017.

City hasn’t trailed for a single minute in any of its last 19 league games.

Asked how impressed he was by City’s recent run, Guardiola said: “Man United” — referring to City’s next opponent at the weekend.

Pressed to expand, he said: “We talk about records and everything we have done in the league when it is over.”

And it nearly is over. Second-place Manchester United can restore the 12-point gap to City by beating Crystal Palace on Wednesday but doesn’t have the consistency being shown by Guardiola’s side, which also is in the final of the League Cup, the quarterfinals of the FA Cup and leads 2-0 after the first leg of its matchup with Borussia Monchengladbach in the Champions League’s round of 16.

City has players in supreme form, too.

Mahrez is one of them, the Algeria winger playing a key part in the opening goal by controlling a searching pass by Rodri and driving over a cross that would have been turned into the net by Raheem Sterling if Dendoncker hadn’t done so himself.

Wolves’ only good spell of the game came after Coady scored his first Premier League goal, with Adama Traore blazing two shots over the bar.

City regrouped and after Jesus swept in a loose ball from the edge of six-yard box after Kyle Walker’s cross was blocked near the goal line, Mahrez placed a shot into the bottom corner in the 90th after Wolves were hounded out of possession.

Jesus converted from close in for the fourth goal in stoppage time after goalkeeper Rui Patricio could only parry out a shot from substitute Ilkay Gundogan.