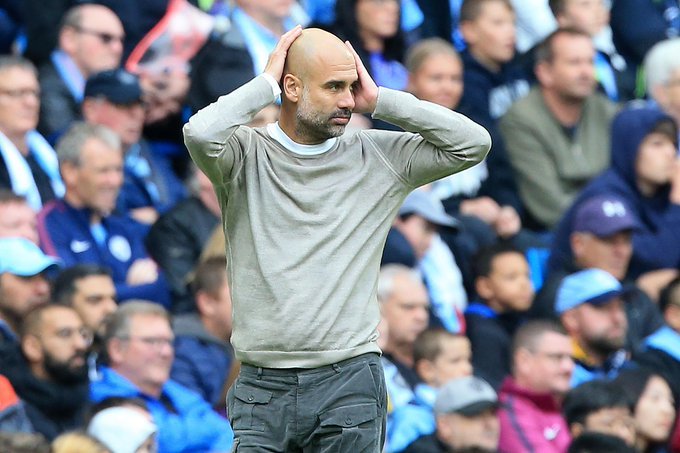 New Delhi: Manchester City’s official supporters club has told manager Pep Guardiola to stick to coaching after he commented on the thousands of empty seats for their Champions League win over RB Leipzig at the Etihad Stadium on Wednesday.

Guardiola urged fans to show up in greater numbers to support the team after their 6-3 win over Leipzig, which was watched by just over 38,000 supporters, well below the Etihad’s capacity of about 54,000. Kevin Parker, the general secretary of City’s official supporters’ club, told British media he was surprised by Guardiola’s comments.

“He doesn’t understand the difficulties that some people might have getting to a game at the Etihad on a Wednesday evening at 8:00 p.m.,” said Parker.

“They’ve got kids to think of, they might not be able to afford it, there are still some COVID issues about … I don’t see why he comments on it. “He’s absolutely the best coach in the world but, in the nicest possible way, I think maybe he should stick to that.” City return to Premier League action when they host Southampton on Saturday and Parker said there was no doubt the stadium will be full.

“Of course he would want a full house but I don’t know why he would question whether we’d have one against Southampton,” Parker added.

“It is a different scenario.”We have played two Saturday home games and the stadium – from a City perspective at least – was full on both occasions. I don’t think anybody anywhere within the club should be questioning the loyalty of the supporters. It is frustrating.”