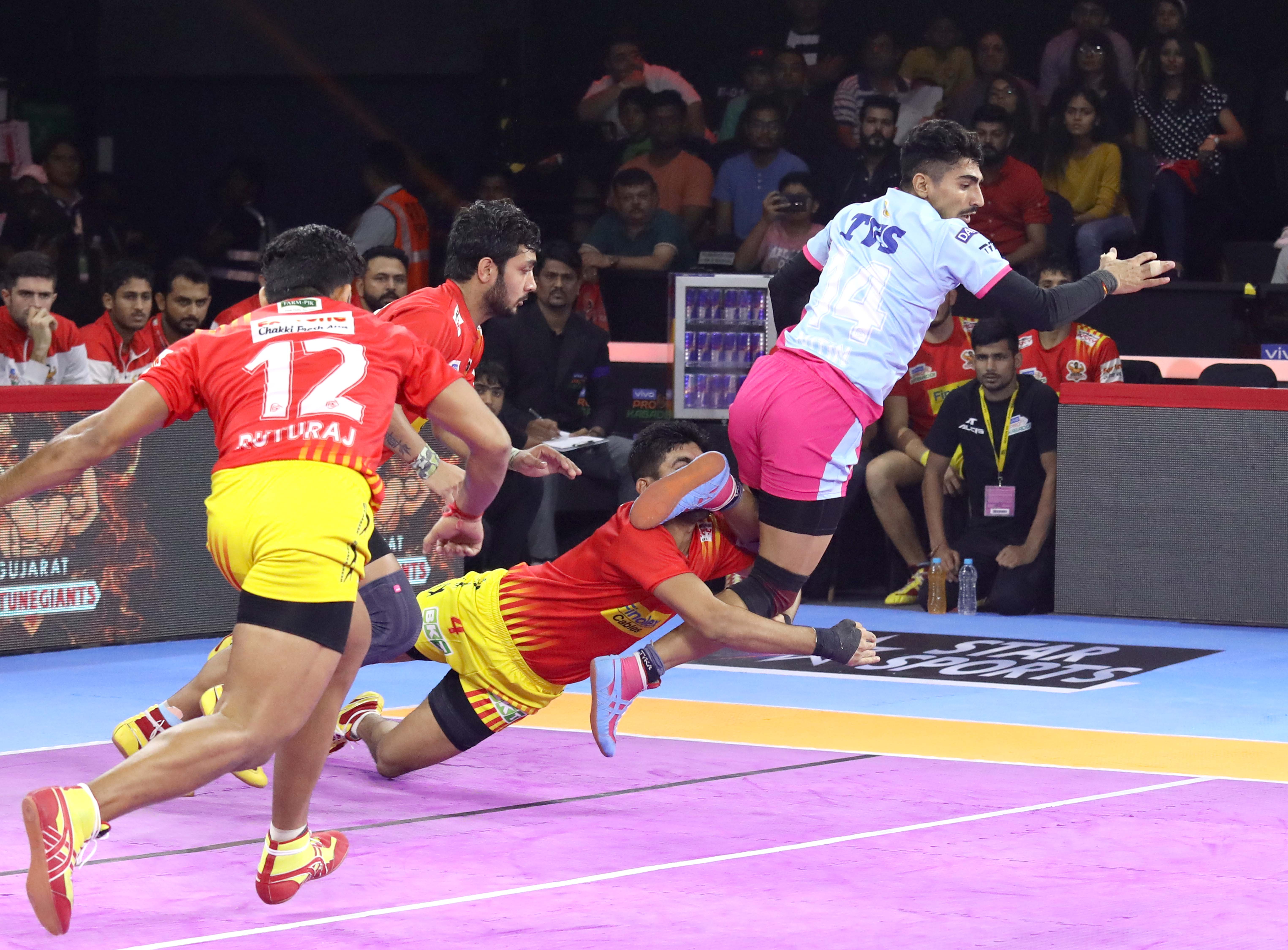 New Delhi: A clinical Jaipur Pink Panthers saw out Gujarat Fortunegiants in a low-scoring encounter in the final match of the Ahmedabad leg. The season one champions showcased their versatility as they produced a composed defensive performance to win the match by a narrow margin of 22-19.

Both sides opted for a cautious approach in a first half that ended 10-9 in favour of the Pink Panthers. The teams tightened their defences with Gujarat’s Pankaj impressing the most with four successful tackles in his first four attempts. Surprisingly, it was Nilesh Salunke who took on the chief raider’s role for the Pink Panthers as captain Deepak Hooda weighed up his opponents in the earlier minutes.

The impressive all-rounder picked his game up in the second half though, pulling out an impressive tackle on Rohit Gulia and then picking up valuable raid points in the early minutes.

But Gujarat matched the Panthers move for move and a raid by Sachin with little over 11 minutes remaining in the match fetched his side two points, pushed his side into the lead and most importantly sent Deepak Hooda and Nilesh Salunke to the dugout. GB More pulled off a two-point raid for Gujarat with only four minutes remaining in the match to draw the points level at 17-17 but a clever review from Pink Panthers in their following raid helped overturn a decision against them and move to a one-point lead.

The Pink Panthers kept calm in the final minutes, working together as a unit and trusting, what now looks like a well-oiled system, to open up a three-point lead and finally seeing off the match.

“I’ve always said that this is a collective effort. It is a team sport. Our team both the defence and offence played a calculated, mind game because we knew we’d need to play that way against them (Gujarat Fortunegiants). And now we can see the result”, said Jaipur coach Srinivas Reddy.

Gujarat coach Manpreet Singh said he was happy with his players’ effort despite the loss and pointed our his side were unlucky to come away with no points. “What can one say about a hand not crossing the line or some other close decision. Going forward we will try to ensure such small mistakes don’t happen”, he said.