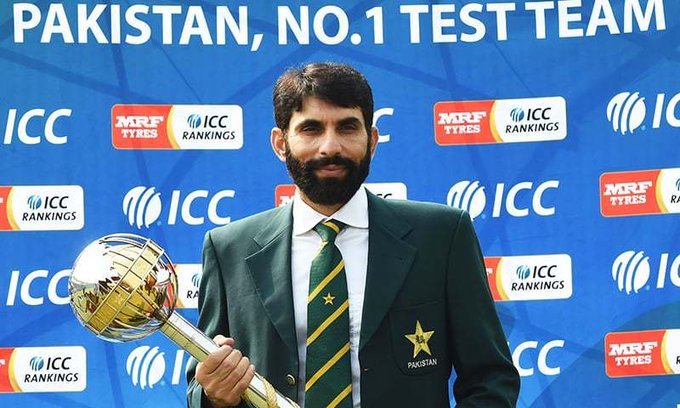 Karachi: The dressing room culture needs a complete overhaul and the revamp of cricket structure in the country will take some time, emphasised the newly-appointed Pakistan head coach Misbah-ul-Haq.

Misbah, the most successful Pakistan Test captain, was also handed the role of chief selector.

“As a coach, or a leader, what one wants is to have such a great team that they instantly dominate the match and put pressure on the opposition. But that is the ideal situation. In real life one has to strategies based on the kind of players available, I will be doing the same,” Misbah said.sports news in english

“Of course, the ultimate goal is to have a very strong team at the end but we have to begin with what we have. The revamping of the cricket structure will take some time,” Misbah added.

The Pakistan Cricket Board (PCB) has appointed Misbah and former pacer Waqar Younis as bowling coach for a three-year period.

The Board has also asked Misbah to work as coach during the coming edition of the Pakistan Super League and he will be paid the same salary what outgoing coach Mickey Arthur drew.

“I want our cricketers to play intelligently, smartly and fearlessly. I am aware this will require a change in the dressing room culture but if we have to compete consistently at the highest level, we have to embrace these modern day requirements,” said Misbah, who is expected to be paid $18,000 per month.

The selection committee will have six other members the head coaches of provincial cricket associations in the new domestic structure.

The six coaches are former Test players, Arshad Khan, Azam Khan, Ijaz Ahmed junior, Kabir Khan, Muhammad Wasim and Abdul Rehman who has not played international cricket but is one of the most successful coaches at domestic level and in PSL.

Misbah felt this new system of selection would create a strong connection between the domestic and international cricket which has been missing for the past many years.

The former test captain said he was aware that expectations would be high from new management but he was confident he could work well with some of the most talented and exciting cricketers in Pakistan.

“If I was not ready for this challenge I would not have thrown my name in the ring for one of the most challenging and coveted roles in Pakistan cricket.”

Misbah and Waqar have worked together in the past when the former was the Pakistan captain and the latter was the head coach.

“I am excited to once again have someone as experienced and knowledgeable as Waqar Younis in my corner as a bowling coach. We have exciting young fast bowlers in our ranks and there is no better person than Waqar to transform them into modern day stars,” said Misbah.

The Misbah-Waqar duo’s first test will be the upcoming One-day International and Twenty20 home series against Sri Lanka, which will be played from September 27 to October 9.