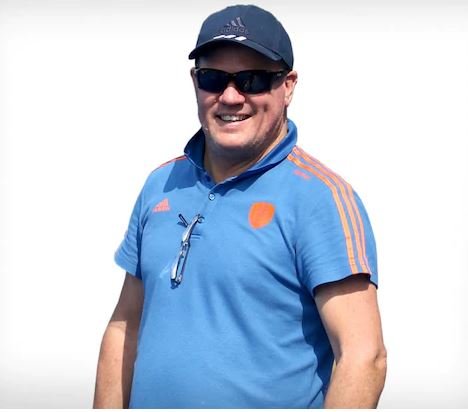 The Australian oversaw India’s entry into next year’s quadrennial extravaganza with victories over Russia in FIH’s Qualifiers.

Reid was part of the team that won silver at the 1992 Barcelona Olympics but, as a coach, he had a disastrous campaign at the 2016 Rio Games, as the Kookaburras crashed out in the quarterfinals.

“Obviously, I have unfinished business. You always dream of an Olympics podium finish. I was lucky to win one as a player and those memories are things you hold on to,” said Reid after India confirmed their place at the Tokyo Games on Saturday.

Eight-time champions India qualified after thrashing Russia 7-1 in the second game to win the double-leg FIH Olympic Qualifiers 11-3 on aggregate at the Kalinga Stadium here.

“That’s what we need to bring to this team and give it a big shot (in Tokyo),” the 55-year-old coach said.

“I told the players just now that we have nine months (before Olympics). Just get better and better, that’s our plan. Focus on the process, result will take care of itself.”

Reid said his players will look to polish their game in the coming months.

“Also in deep defence, we have to get tighter. We are still giving away too many opportunities (to opponents),” he said.

After opting out of the inaugural edition last year, India will make their debut in the FIH Pro League against the Netherlands in January next year.

After Netherlands, India will host Belgium and Australia in February before embarking on overseas tours.

Reid believed playing against top teams will be handy for his side in its preparation for the Games.

“That’s one of the things that Pro League does, that it sets up competition schedule between now and Olympics,” he said.

“It’s great that we have a squad of 33, which may have to become 32. Pro League is a big opportunity, to work out for the Olympics and there are a lot of games during that period.

“If all of them play all those games, they will be in their best shape to play at the Olympics,” Reid added.

India captain Manpreet Singh congratulated their female counterparts, who too have sealed an Olympic berth by beating USA 6-5 on aggregate.

“It’s quite good that the women too have qualified. They did a lot of hard work and got the goal in the final minutes after being down 0-4. They deserve it,” he said.