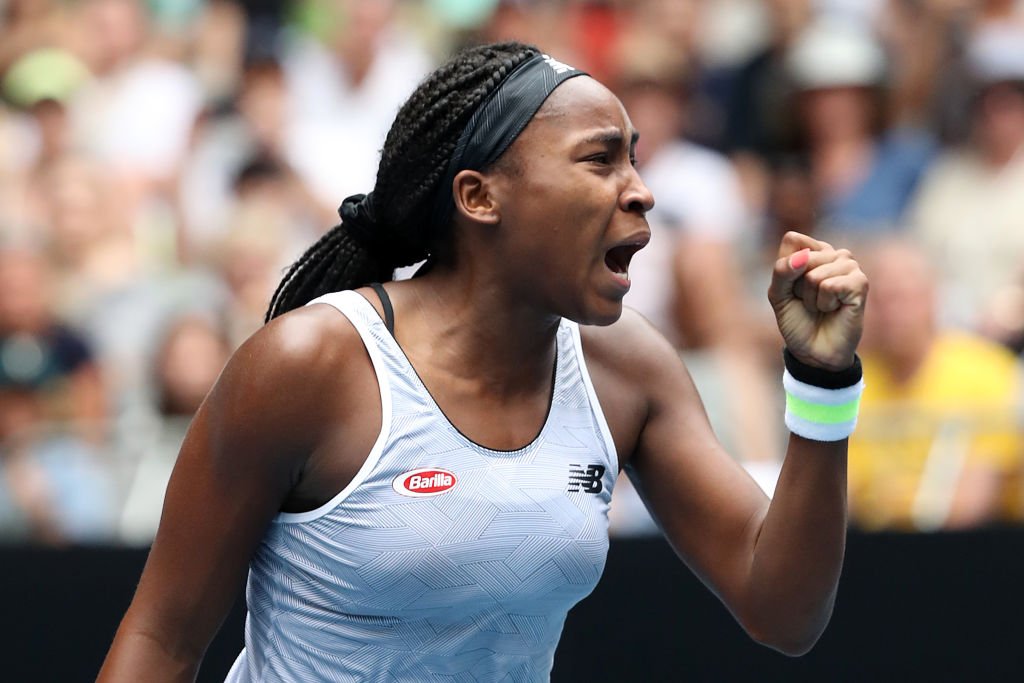 American teenager Gauff, showing a tenacity which is becoming her trademark, clawed her way back from a set down to beat the experienced Sorana Cirstea 4-6, 6-3, 7-5.

Gauff, who screamed and pumped her fists as she completed her victory, said her “will to win” had got her through the tough second-round match at a windswept Melbourne Park.

“My parents always told me you can always come back — no matter what the score is,” said Gauff, who beat seven-time Grand Slam champion Venus Williams in round one.

Gauff also beat Williams on her Grand Slam debut last year at Wimbledon, and in another quirk, she faced Osaka in the US Open third round, going down meekly in straight sets.

Japan’s Osaka, 22, beat China’s Zheng Saisai 6-2, 6-4 but briefly lost her cool mid-match, hurling and kicking her racquet when she gave up a break in the second set.

“I was thinking that I really don’t want to play a third set this time,” explained Osaka, who is defending a Grand Slam title for the second time.

Former world number one Caroline Wozniacki, playing her final tournament before retiring, lived to fight again as she came from behind in both sets for a 7-5, 7-5 win over Dayana Yastremska of Ukraine.

And Australia’s world number one Ashleigh Barty raced through 6-1, 6-4 against Polona Hercog, buoying hopes of a first home winner since 1978.

“It was very different end to end, I think the wind was a massive factor particularly with the new ball,” she said.

“They were tough conditions, pretty windy and it was hard to know where the balls were going. My serve helped a lot to get me out of trouble,” said the Serb.

Greece’s Stefanos Tsitsipas was handed a slice of fortune when Philipp Kohlschreiber withdrew injured from what looked like a testing match, giving the sixth seed a bye into the third round.