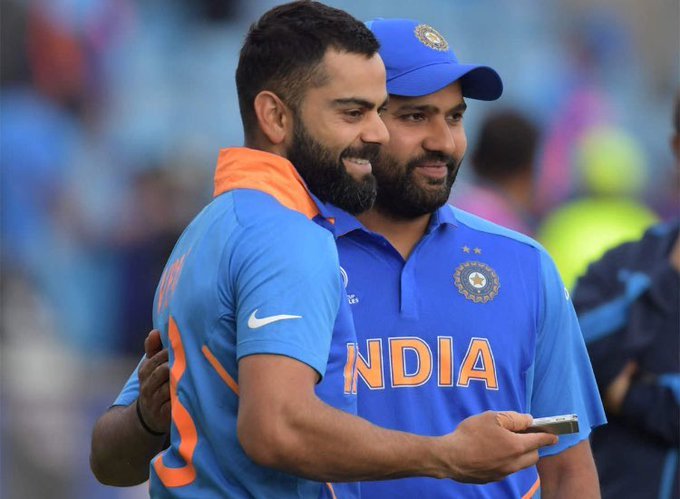 There is intense speculation about the relationhsip betwen Virat Kohli and Rohit Sharma.

Mumbai: Many topics are up for debate in Indian cricket circles since last week, though few of them have anything to do with cricket especially the relationship between Virat Kohli and Rohit Sharma.

In the press conference both Virat Kohli and Ravi Shastri had to use strong words to convey the feeling of the team to the media. That was much required. More about it later.  cricket news

Who will be the next head coach of India? People are curious to know whether Ravi Shastri and his support staff of Sanjay Bangar (batting coach), Bharat Arun (bowling coach) and fielding coach R Sridhar would continue in their positions or not. cricket news

South African legend Jonty Rhodes has applied for the fielding coach role, while former India player Robin Singh has sought to replace Shastri at the helm.

Though internally it might be all decided but the Board has to go through an elaborate coach selection process for the sake of clarity and transparency.

It is baffling to read (reports of an alleged rift). We are feeding off lies, overlooking facts & turning a blind eye to all the good things that have happened. It is disrespectful: @imVkohli pic.twitter.com/gl9oPm8veE

In cricket, as well as any team sport, compatibility is very important, Anil Kumble learnt it the hard way.

Australia coach Justin Langer too faced a similar situation. As a cricketer, he fought for his place in the team and now he has to cope with a depressed family. This on top of motivating a team for the Ashes that is low on confidence after being beaten by England in the World Cup semis.

Living out of their suitcases while managing 30-35 cricketers throughout the year is not easy Just ask Langer’s wife, who recently broke down citing difficulty in coping with the stress of managing three kids and maintaining a jet-set lifestyle.

A coach is also a human being. It is easy to criticise the coaches but he has an unenviable task of managing a mix of different personalities, all with varying degrees of egos and associated individuality.

In 2015 he received a call from the BCCI Secretary Anurag Thakur asking him to take over Indian team as a director. Duncan Fletcher was the coach then. 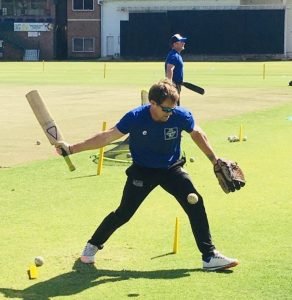 All these things are natural progression in the larger scheme of things and would be sorted out eventually when the coach is picked.  cricket news

Dev, Angshuman Gaikwad and Shantaranga Swami are also tasked with judging the performance of WV Raman, the women’s team coach. It’s not an ideal situation to be in if one’s job is to pick the next men’s head coach.  sports articles

Indications suggest that Shastri and his preferred support staff will remain in the job till the World T20 next year.

Among the coaching job aspirants, Rhodes certainly poses the brightest credentials, having worked nine years as Mumbai Indians’ fielding coach. If Shastri is retained, he should have the freedom to choose his team, because he must have confidence in the ability of his support staff. It remains to be seen if he would prefer Rhodes over Sridhar.

The masala on the weekend was provided by the alleged rift between Rohit and Kohli. It’s a classic case of North vs West. sports articles

This regionalism was prevalent in the 1970s when Bishan Singh Bedi and the late Ajit Wadekar were the leaders of the two groups, respectively. They fought openly. Then later on it was Kapil Dev vs Sunil Gavaskar. Though between 1980 and ’86, the captaincy interchanged hands between these two several times.

Kohli and Rohit are India’s star performers and shouldn’t be bothered what their wives say or do on social media. Both have been performing consistently, and that’s what matters. There were times when Wasim Akram and Waqar Younis couldn’t stand the sight of each other. But it didn’t stop them from claiming wickets at will for Pakistan. sports articles  cricket news

One should expect all members of the squad to be friends or behave like a family. Talks of a possible rift is more sensational than worrying. By the time the team gets ready to face the West Indies in the Caribbean, the remaining feistiness in the dressing room would be sorted out. 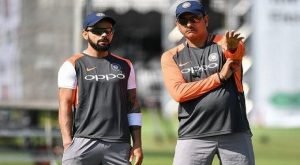 These are all matured cricketers and know how much it takes to play for the country. Any rift among the wives wouldn’t come in the way of their duty to the country. But the Board must stop the cricketers and their WAGS (wives and girlfriends) from commenting on the team’s performance. sports articles

Shreyas Iyer recently criticised the selectors for his stop-start journey in international cricket. While he isn’t wrong in pointing that, but he isn’t the first cricketer to be on the waiting list.

Mohinder Amarnath and Kiran More made comebacks to the team an art. Iyer should try to follow them. He at least is within the fringes of the team.

Many cricketers in the ’60s and ’70s never even made it near the Indian team despite possessing an abundance of talent, like Padmakar Shivalkar, Rajinder Goel. sports articles cricket news

Nowadays, players are lucky to have greater chance of representing their country because of the advent of three formats. In those days, there were only Tests. So opportunities were less. sports articles cricket news

The quicker the ‘fearless’ generation of modern players realise it, the better it is for Indian cricket.

Also Read: As retirement clamour grows, do we deserve stars like Dhoni?