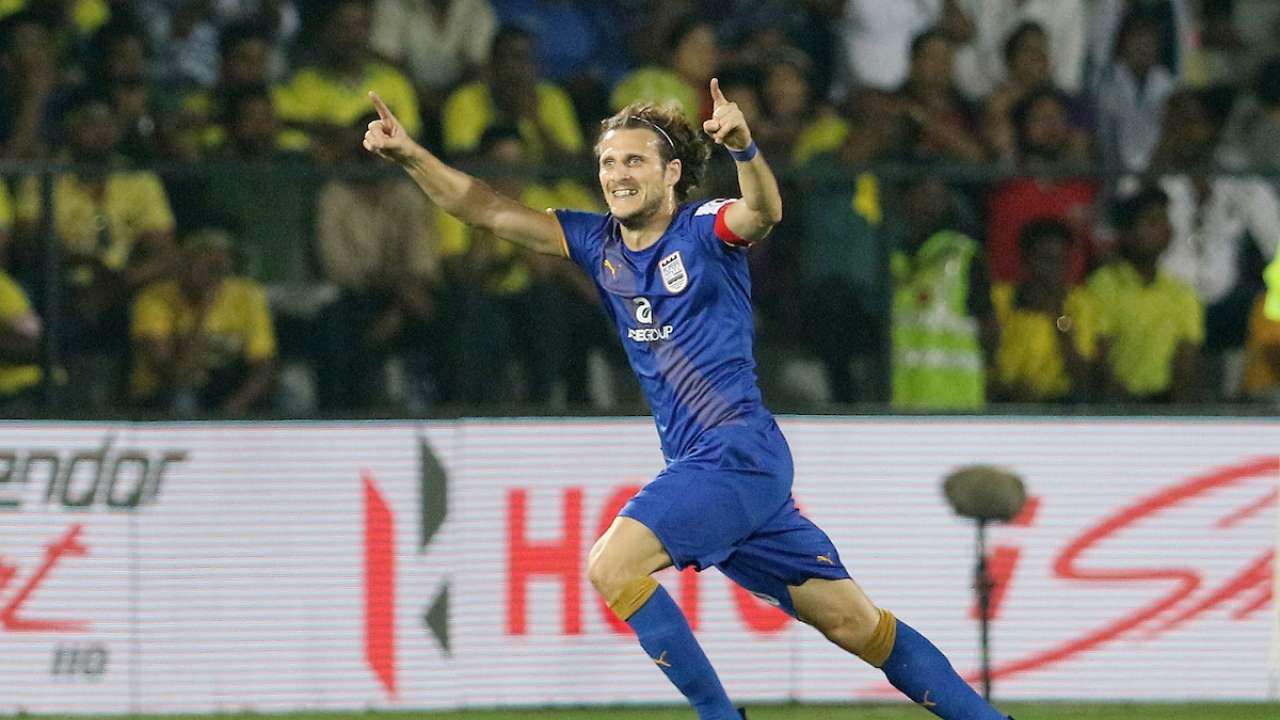 Mumbai: Uruguayan legend Diego Forlan on Monday emphasized the need to work more on the grass-root level and bring in good coaches for younger players for development of Indian football.

India, once considered as a sleeping giant, has come a long way and the most significant result was the 0-0 draw against Asian Champions Qatar in a 2022 World Cup away qualifier.

The 40-year-old retired forward has played for the Mumbai City FC in the ISL and thus rightly was asked where do Indian players lack and how things can be improved.

“(They can) do many things. Not because they don’t have it, you need to create (environment) on the grass-root (level and) the youngsters, they need to start playing and competing more.

“And then you need more players. There are a lot of people here, so more kids playing football, should be good and getting good coaches, it is not easy, you are a big country,” Forlan said.

Forlan spoke about the need for having convenient opportunity to play the sport.

“Here with six-seven facilities, you don’t do (cannot do) anything. In Mumbai, if you put one (facility) here (in South Mumbai), nobody is going to come from the other side (suburban areas), so in Mumbai you need (at-least) six different facilities, then you go to Goa, Kerala, so you need big infrastructure, money and then you need coaches,” he told reporters here.

Forlan, who is the brand-ambassador of ‘La Liga’, was speaking after tires manufacturers BKT inked a three-season deal with the Spanish League as their “Official global partners” in presence of BKT Joint-MD Rajiv Poddar and senior league officials.

Drawing an analogy with cricket, Forlan also said that in football, the national team should play with various countries.

“You need to create (an atmosphere) and keep it going and getting good professionals, good coaches and you need the back-up you are the country where people have the money and power to do it, because if not (now), it is going to be tough,” he said.

He said in India there were some places where “football is crazy” and advantage should be taken of it and the country needs to focus on places where football is more popular than cricket.

And lastly, on a personal front, he announced that he is preparing to undertake a coaching course in Europe and was open to becoming a manager.

Right now, he has done a course from South America, but that does not allow him to become a manager in Europe.

Asked whether he would love to come back as a manager to India, Forlan responded in the affirmative.

“Yes, I would love to. I loved my time here (in India) and I enjoyed it. Yes, why not, it would be very nice (to come to India as a manager),” he signed off.