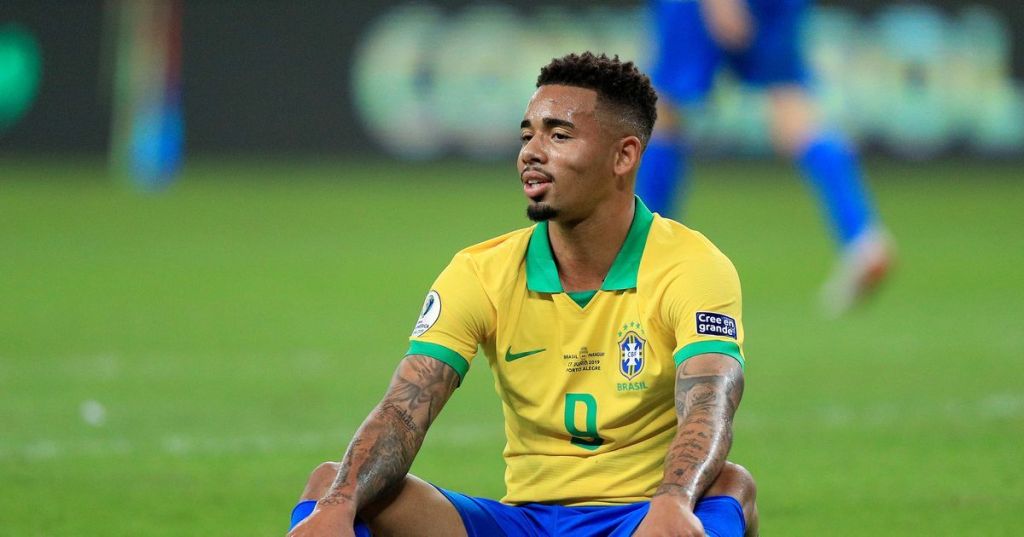 Rio De Janeiro: Brazil striker Gabriel Jesus is out of the Copa America final because of a red card he received during his team’s 1-0 quarterfinal win over Chile.

South American soccer body CONMEBOL said in a statement on Tuesday, it suspended Jesus for two matches. The striker didn’t play on Monday in Brazil’s 1-0 semifinal victory against Peru. He was replaced by winger Everton.

Jesus was sent off shortly before the second half of Brazil’s victory against Chile after he hit Eugenio Mena with a flying kick. The Brazilian said it was an accident and apologized.

Two years ago Jesus scored a goal and had an assist in Brazil’s 3-1 win in the Copa America final against Peru, but he was also sent off after a harsh tackle. He is the only player who has received a red card twice under coach Tite.

The Copa America final is set to be played on Saturday at the Maracana Stadium in Rio de Janeiro. Defending champion Brazil is waiting for Lionel Messi’s Argentina in the decider.