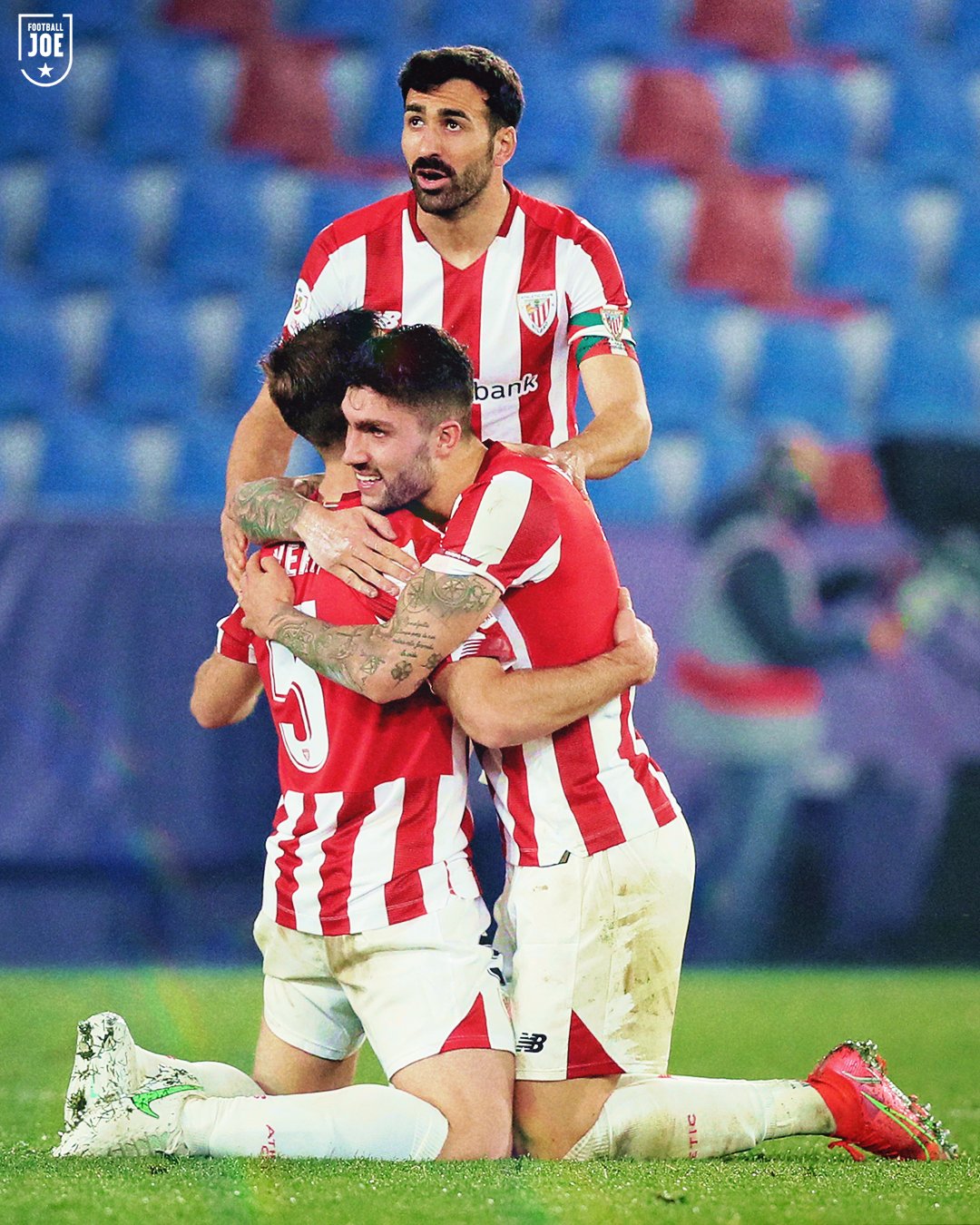 Valencia (Spain): Athletic Bilbao could win two Copa del Reys in two weeks after beating Levante 3-2 on aggregate on Thursday to book their place in this season’s final against Barcelona.

Bilbao’s 2-1 win after extra-time means they will face Barca on April 17 at La Cartuja, shortly after playing Basque rivals Real Sociedad in the postponed final of last season’s tournament at the same venue on April 3.

It will be the fourth time this century that Athletic Bilbao and Barcelona have met in Spain’s domestic cup final, with the Catalans winning all of those previous meetings in 2009, 2012 and 2015.

Barcelona will be gunning for a record-extending 31st Copa del Rey triumph in Seville while Athletic Bilbao will be chasing their 24th, or perhaps 25th.

Bilbao have been rejuvenated since the arrival in January of their new coach Marcelino, who oversaw them winning the Spanish Super Cup that same month with surprise wins over both Barcelona and Real Madrid. Lionel Messi was sent off in the final.

Marcelino also led Valencia to victory over Barca in the 2019 Copa del Rey final, meaning he now has the chance to be the competition’s winning coach three times in a row.

Levante had already beaten Real Madrid and Atletico Madrid this season in La Liga and they made the perfect start to the second leg when Roger Marti found the corner on the turn in the 17th minute.

But Raul Garcia equalised for Bilbao from the penalty spot after being pulled down by Oscar Duarte before Alex Berenguer scored the winner in extra-time.

Allowed to advance through midfield, Berenguer’s curling effort in the 112th minute deflected in off Nikola Vukcevic and then the post to send his team through to the final.