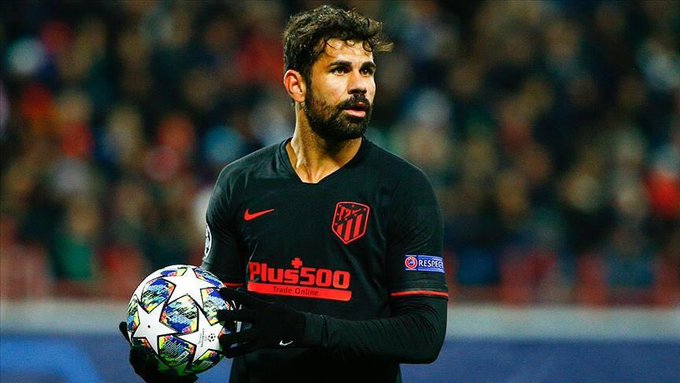 Madrid: Atletico Madrid have announced that former Chelsea striker Diego Costa has tested positive for Covid-19 and is currently isolating.

The Spanish side conducted pre-season tests on players not on international duty on Thursday, but Costa and team-mate Santiago Arias were also excluded having already tested positive during their holidays.

“Today, tests were carried out at the Wanda Atletico de Madrid Training Complex prior to resuming the 2020/21 season. The team has been tested except for those involved in international fixtures with their countries,” said Atletico in a statement.

Our first team players underwent the pre-season tests on Thursday, except for those who are currently on international duty and Diego Costa and Arias, who tested positive during their holidays and are currently isolating.

“Diego Costa and Santiago Arias, who tested positive during their holidays, are currently isolating and show no symptoms. Both players are staying at home complying with all protocols and measures set by the authorities and La Liga.

“Therefore, they will not resume training on September 4 and their return is expected after completing their quarantine,” it added.

The new La Liga season is scheduled to begin on September 11. Atletico will begin their La Liga campaign on the weekend of September 27 at home to Granada, as their first two rounds of fixtures have been pushed back due to their participation in the latter stages of the Champions League.