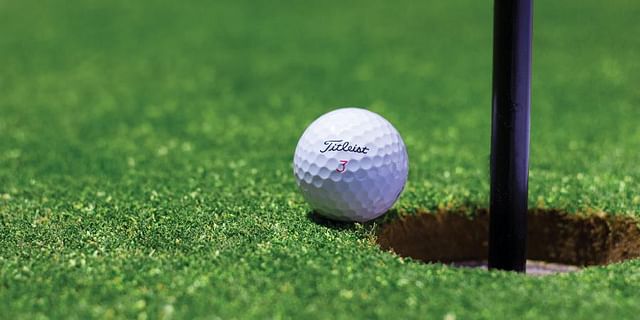 New Delhi: COVID-19 continued to take a toll on international golf events in the country as the upcoming Hero Indian Open has been cancelled for the third year running, the DP World (European Tour) announced on Thursday.

The tournament was scheduled to be held from February 17-20 at the DLF Golf & Country Club in Gurugram. The Tour waited to see if restrictions imposed due to COVID protocols, including quarantine requirements for incoming foreign passengers, would ease.

But with the cases, though waning, still around and restrictions continuing to stay, it was decided to cancel the tournament. The event will now be held next year. This is the third successive edition of the tournament that has been hit by the pandemic.

The hugely popular event which was last held in 2019, when it was won by Scotsman Stephen Gallacher, was postponed in 2020, 2021 and now 2022. The upcoming edition was to carry the highest purse ever as it was raised from USD 1.75 million to USD 2 million.

The tournament was first conducted in 1964 and has been held every year since then. In 2014, the event was not held due to scheduling changes as it was shifted from its older November dates to February.

The calendar year 201 DP World (earlier called European Tour), said on its website, “After being postponed from its original scheduled date of February 17-20, it had been hoped to reschedule the Hero Indian Open later this Spring, but it will now not take place in 2022. “Both Hero and the Indian Golf Union remain fully committed to the tournament, and along with the DP World Tour, are planning for it to return to the Tour’s schedule in 2023,” he said.

Meanwhile, the Volvo China Open, which was due to take place from April 28 to May 1, will also not take place as originally scheduled due to ongoing restrictions in China. The DP World Tour will work with Volvo and the China Golf Association to try and find a suitable alternative date, either later in the 2022 season or in the beginning of next season.