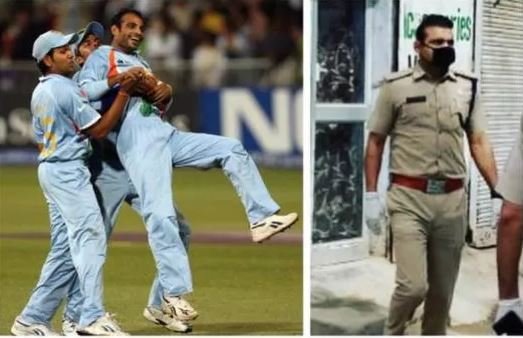 The former Indian all-rounder was one of the shining lights for the country in the inaugral edition of the T20 World Cup in 2007, with his last ball heroics helping India seal a win against arch-rivals Pakitan.

Now almost a decade later, Joginder is once again making his country proud but on a different kind of pitch. The 36-year-old is serving as a Deputy Superidentant of Police in Haryana in India’s fight against COVID-19.

“2007: #T20WorldCup hero 2020: Real world hero. In his post-cricket career as a policeman, India’s Joginder Sharma is among those doing their bit amid a global health crisis,” the ICC wrote.

Besides ICC, Joginder also earned love and apprecition for netizens for donning a police uniform and doing his efforts on the street to help his state combat the threat of the novel virus.