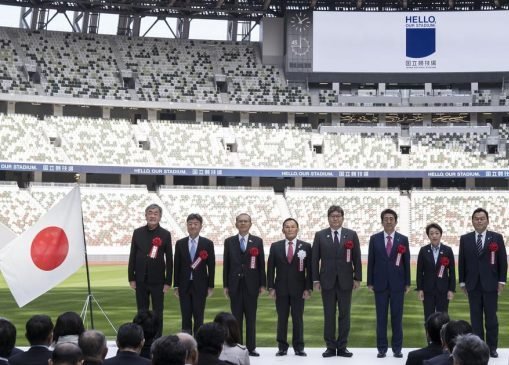 Tokyo: The Japanese public is being prepared for the reality of next year’s postponed Olympics, where athletes are likely to face quarantines, spectators will be fewer, and the delay will cost taxpayers billions of dollars.

In the last several weeks, International Olympic Committee President Thomas Bach has given selected interviews outside Japan and hinted at empty stadiums, quarantines and virus testing.

IOC member John Coates, who oversees Tokyo preparations, said a few weeks ago in Australia that the Tokyo Olympics face “real problems,” partially because of the numbers involved: 15,400 Olympic and Paralympic athletes to start with, and then staff, officials, media and up to 80,000 volunteers.

The stark message about a very different, reduced Olympics is now being floated in Japan by politicians, and in unsourced news stories. The themes include the possibility of reduced seating at the Olympics if any fans at all tests for all athletes, fans and staff, and a quarantine-like situation at the Athletes Village.

In the hours before an online news conference on Thursday with Tokyo Olympics spokesman Masa Takaya, Japanese media published several versions of virtually the same story citing unnamed sources: Next year’s Olympics will be “downsized,” “simplified,” or “very different.”

“We will move ahead with the items that should be streamlined and simplified,” she said, giving no details on the downsizing and adding that the public would be consulted.

“First of all we need to gain the understanding of Tokyo residents and the Japanese people,” she said.

But in the news conference, Takaya did not substantiate any of the leaked information and said it did not come directly from him.

One typical report said Olympic seating could be reduced, leaving in limbo the disposition of millions of tickets already sold.

“We want to brush away these concerns,” Takaya said, speaking to worried ticket holders.

However, he offered nothing concrete accept to say that “countermeasures” against COVID-19 will not be determined until this fall. That would include plans for fans, quarantines and so forth.

Tickets are going to be a battle ground. The organizing committee has budgeted income of at least USD 800 million from ticket sales, and may be reluctant to return it.

The tickets carry a “force majeure” clause, which may permit organizers to avoid refunds.

“We understand that countermeasures for COVID-19 next year, particularly during games time, is one of the biggest things to address in preparing for the games next year,” Takaya said.

“But once again these countermeasures will be discussed in more depth from this autumn onward.”

Like many countries, Japan is headed into a recession brought on by the coronavirus pandemic. Meanwhile, Olympic costs have soared. The cost of the delay in Japan has been estimated at USD 2 billion to USD 6 billion. Neither the IOC nor organizers have given a figure for the costs to Japan, or who will pay for them.

Before the postponement, organizers said they were spending USD 12.6 billion to put on the games. But a government audit last year said the figure was twice that, and all but USD 5.6 billion is public money.

When Tokyo was awarded the games in 2013, it said the cost would be USD 7.3 billion.

There is also talk of combining the opening and closing ceremony for both the Olympics and Paralympics.

“Many discussions are ongoing covering various areas, including the ceremonies,” Craig Spence, a spokesman for the Paralympic Games, said in an email.

“A lots of things are still at a discussion stage and therefore it’s not appropriate to provide comment on things until they are finalized.”

Olympic Minister Seiko Hashimoto acknowledged costs must be cut, but said safety for athletes could drive them up.

“Unless safety and security are ensured, there will be uncertainty for the athletes-first point of view,” she said Thursday.

“We must study measures including virus testing in order to ensure safety and security.”