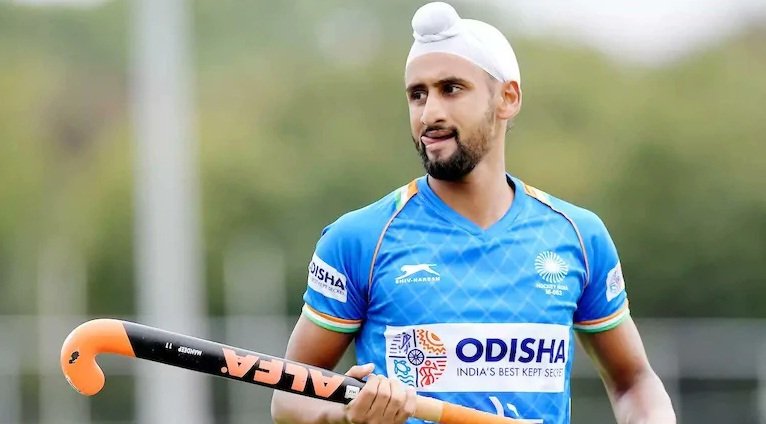 New Delhi: The upcoming training camp for India’s male hockey players in Bengaluru looks uncertain after half a dozen of them tested positive for COVID-19 but the women can resume practice after all of them tested negative for the dreaded virus.

Of these, Mandeep has been hospitalised after his blood oxygen levels dropped on Monday.

“The men’s camp is in doubt after six positive results, more reports are still awaited from the state government,” a SAI source said.

“But the women’s camp is still on course after all the players tested negative. They are currently under 14-day quarantine period and the light intensity camp will begin once its over,” the source added.

Currently, 33 male and 24 female players are in Bengaluru for the camp.

The six COVID positive men — mostly from Punjab — were part of a 10-member group that travelled together from New Delhi.

According to sources close to the developments, the number could rise as all the test reports of the men’s team have not yet to come.

The light intensity national camp was supposed to start in the last week of August after a month-long break and was expected to continue till September 30.

It is learnt that SAI approved the camp after a request from Hockey India, which is among the 57 de-recognised National Sports Federations (NSFs).

“Resuming national camps is not solely SAI’s decision. We take feedback and inputs from every NSF before deciding anything because they are more aware than us. We just give them support in terms of opening up our infrastructure,” a SAI source said.

“We are in deliberations with respective authorities, including Hockey India on the resumption of men’s camp and a decision on this matter will be taken shortly.”

Reports have alleged that the men’s team players, during their break, did not follow health safety protocols as strictly as they should have been.

India’s only World Cup-winning hockey captain Ajit Pal Singh criticised the Punjab-based players for travelling together while saying that the fault also lies with HI, which should have kept a tab on its players during their time at home.

“The men’s team players ought to be more responsible. They are national icons and they should set right examples for the future generations. If they were required to follow quarantine rules, they should have followed them strictly,” Ajit Pal told PTI.

“The federation officials also need to take some responsibility. They should have ensured that the players adhere to quarantine rules at home. Look at the girls, all of them tested negative which shows that they are more responsible and disciplined than their male counterparts,” he added.

Ajit Pal also questioned the need for the resumption of the training camp at this time as the Indian hockey teams don’t have any major tournaments lined up this year, except for the men’s Asian Champions Trophy in November in Dhaka.

That too looks set to be postponed due to the pandemic.

“Life is more precious than any sport at this time. I don’t understand the logic behind resuming the camp now because we don’t have any tournaments lined up till April next year (FIH Pro League),” the 1975 World Cup-winning skipper said.

“We are only putting all the players and everyone involved at risk by doing this. We have to keep that in mind.”

COVID-19: Hockey camps to begin on August 19 despite 6 coronavirus cases