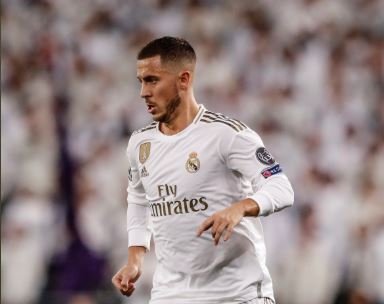 “Real Madrid informs that our players, Casemiro and Eden Hazard, have tested positive in the Covid-19 tests undertaken yesterday, Friday, in the morning,” the club said in a statement.

“All of the other first-team players and coaching staff, as well as the club employees who work directly with the squad tested negative in yesterday’s tests. Meanwhile, all of them, apart from Casemiro and Hazard, once again tested negative in the antigen tests taken this morning.”

Neither player will feature in the side to take on Valencia on Sunday. Nor will they be able to join up with their respective national teams during the coming international window as both are required to go into isolation.

It marks another setback for Hazard who missed the start of the season owing to a series of ankle injuries. He only returned to the Madrid line-up for the Champions League meeting with Borussia Munchengladbach on October 27.

On Monday, ahead of their match against Inter Milan, Madrid announced that Brazilian central defender Eder Militao had also tested positive for coronavirus.

I-League to start on January 9, to be played in new format