COVID-19: Second group of negative Pakistan players to depart for UK on Friday

'Even Don Bradman praised me': Ex-Pakistan pacer Farooq Hamid claims to have bowled fastest bowl ever

We'll have to be at our best against Mumbai, says Punjab coach Kumble 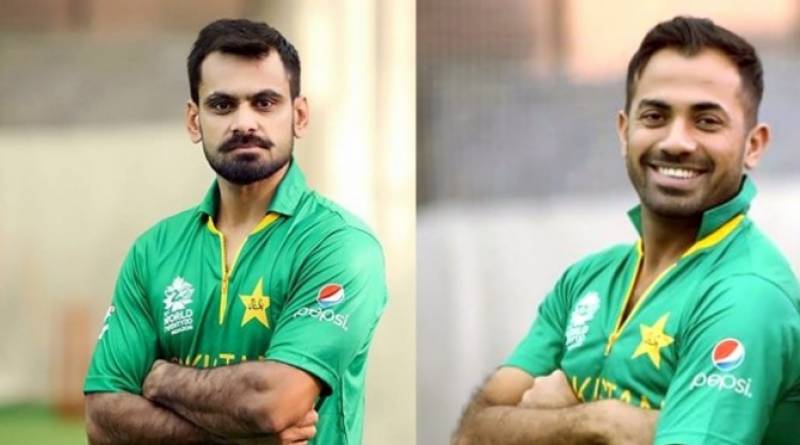 Lahore: Six Pakistani cricketers, who became eligible to join the squad in England after testing negative for COVID-19 following two tests, will leave for Manchester on Friday.

Fakhar Zaman, Mohammad Hasnain, Mohammad Hafeez, Mohammad Rizwan, Shadab Khan and Wahab Riaz, who were found to be COVID-19 positive ahead of the team’s departure last week, tested negative in the latest round of testing conducted by the Pakistan Cricket Board.

“The second group of six Pakistan cricketers will depart for Manchester on Friday, 3 July, by the national carrier. The players who will travel by the Pakistan International Airlines are: Fakhar Zaman, Mohammad Hasnain, Mohammad Hafeez, Mohammad Rizwan, Shadab Khan and Wahab Riaz,” the PCB said in a statement on its website on Wednesday.

The cricket board further stated that from Manchester, all the six players will be transported to Worcester and will integrate with the squad after they test negative in England and Wales Cricket Board’s testing programme.

Of these, Hafeez created quite a stir when he got himself tested at a private facility, which found him negative just a day after the first PCB test put him in the infected list.

In all, 10 Pakistani players were found coronavirus-positive before the team left for England on Saturday.

Pakistan will take on England in a three-Test and three T20 International series in August.

The PCB has allowed senior batsman Shoaib Malik to join the squad in England in late July, granting him a break to spend time with his family in UAE.

Sangakkara asked to give statement in Lanka’s 2011 WC probe: Reports

Simmons attends funeral on England tour, CWI board member calls for his removal