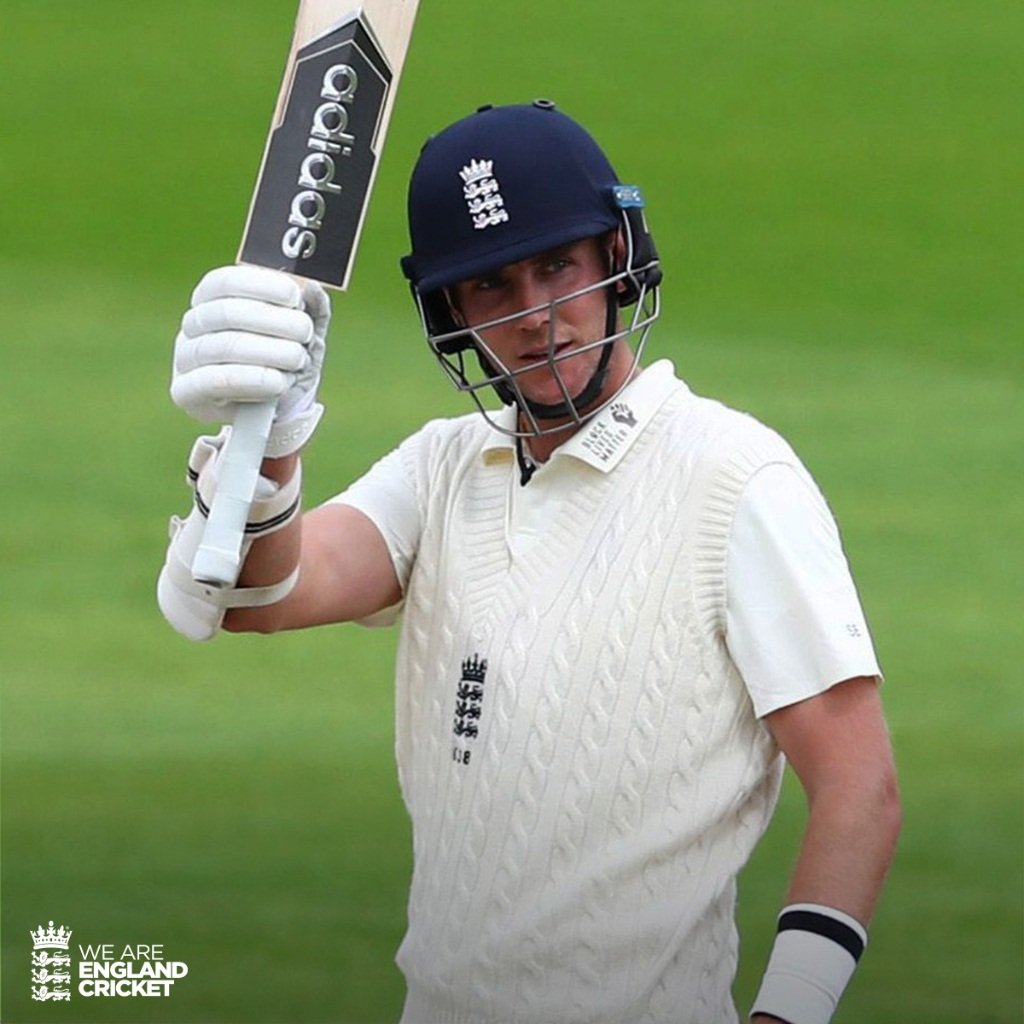 The pacemen were controversially left out of the squad for the recent tour of the Caribbean, which England lost 1-0, hot on the heels of a humiliating 4-0 Ashes defeat in Australia.

But the veteran bowlers, with a combined age of 74, were Thursday named in a 13-man squad as England prepare for the first match of Ben Stokes’s reign as England captain at Lord’s, starting on June 2.

Star batsman Joe Root, who quit as captain last month, has retained his place in the squad, the first selected since new managing director Rob Key and incoming head coach Brendon McCullum, a former New Zealand captain, were appointed to their England roles.

England have called up Yorkshire batsman Harry Brook and Durham paceman Matthew Potts, both 23, for the first time.

Brook gets his chance following a series of repeated failures by England’s top order.

He has been in fine form for Yorkshire this season, scoring 758 runs at an average of 151.60 in the first division of the County Championship.

Potts has been given a chance after an injury crisis among England’s quick bowlers ruled out Saqib Mahmood, Matthew Fisher, Jofra Archer, Mark Wood, Olly Stone and Ollie Robinson.

Jack Leach was selected as the lone specialist spinner, with no place for uncapped leg-break bowler Matt Parkinson.

England have retained Alex Lees and Zak Crawley, their opening batsmen in the West Indies, as well as Ben Foakes, for what could be the wicketkeeper’s first home Test.

The experienced Jonny Bairstow also keeps his place despite his ongoing involvement in the Indian Premier League.

“This is the start of a new era for our Test team under the stewardship of Ben and Brendon,” said Key.

“With a blend of youth and experience, we have selected an exciting squad that can compete with New Zealand in next month’s Test series.”

The former England batsman added: “We have rewarded players in Harry Brook and Matty Potts who have had outstanding starts to the county season, and they deserve the opportunity to stake a claim at this level.

“It promises to be a mouthwatering series and I can’t wait for the team to start against a very good New Zealand side.”

The second Test starts at Trent Bridge, in Nottingham, on June 10, with the final match of the series taking place at Headingley, in Leeds, from June 23.

The 48-year-old has been in charge of Australia’s all-conquering women’s team for the past seven years, winning back-to-back Twenty20 World Cups in 2018 and 2020 and the 50-over equivalent earlier this year.

He also guided Australia’s women to a record 26 successive one-day international wins and their recent victory over England in the multi-format Ashes series.

Mott takes over a side, who are the reigning 50-over world champions, after beating candidates including former England batsman Paul Collingwood to the job.

Mott, who has previously worked in the English game with county side Glamorgan, is expected to begin his reign with three one-day internationals away to the Netherlands next month.

“It was always going to take something special to leave the role that I have loved for the past seven years with the Australian women’s team,” Mott said in an England and Wales Cricket Board statement.

“However, I genuinely believe that the time is right to play a role in helping the England men’s ODI (one-day international) and T20 group continue to evolve as one of the best teams in the world.

“The idea of the split roles and the chance to work alongside Brendon McCullum in his red-ball role is an opportunity that I am incredibly enthusiastic about.”

England’s new managing director of men’s cricket Rob Key said: “I’m confident that, in (captain) Eoin Morgan and Matthew Mott, we have a formidable partnership that can push for more trophies in the coming years.”