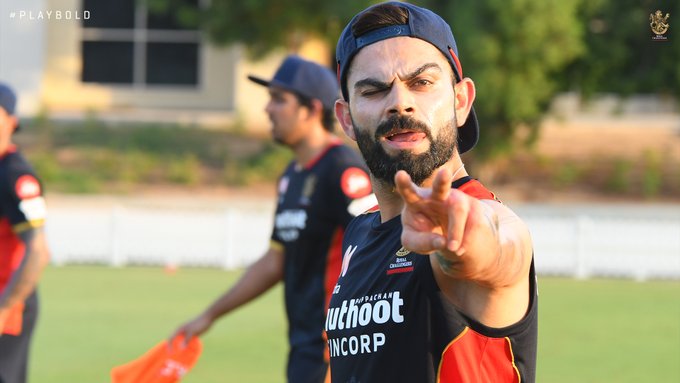 New Delhi: Virat Kohli on Thursday turned 32 and social media was flooded with birthday wishes for the Team India skipper.

In ICC ODI rankings for batsmen, the Indian skipper holds the numero uno spot. In Tests, he is ranked second while in T20Is he is placed at the ninth spot.

Happy Birthday @imVkohli! All the best for the coming season.
Continue inspiring. Have a blessed and healthy year ahead. pic.twitter.com/i0FYyuzSlH

“To someone that has set the bar in fitness standards and work ethics at an all-time high and achieved greatness at such a young age. Wishing you a very happy birthday. God bless Virat Kohli,” tweeted Team India head coach Ravi Shastri.

May the hunger for runs continue and may you achieve new heights and find fulfillment in whatever you do @imVkohli . #HappyBirthdayViratKohli pic.twitter.com/MlMdaKF9Zs

On Wednesday, Kohli found a mention in ICC’s throwback video-tweet wherein the then U-19 captain can be seen giving his introduction in the U-19 World Cup in 2008. He described himself as a “right-arm quick bowler”, something which went viral on social media.

“Many more happy returns of the day Virat Kohli. May you find ever more joy, success and love,” said VVS Laxman while extending birthday wishes for the India captain.

“I wish you a very happy birthday. May you have many more years of success and happiness ahead!” said Mohammad Shami.

“Happy Birthday Virat Kohli! To all the amazing times we’ve had together this year, & here’s to many more! Wishing you a wonderful birthday…lots of love and good-wishes!” said Wriddhiman Saha.

Kohli is currently leading Royal Challengers Bangalore in the 13th IPL edition where his team has managed to reach the playoffs. RCB will be facing SunRisers Hyderabad in the Eliminator on Friday.