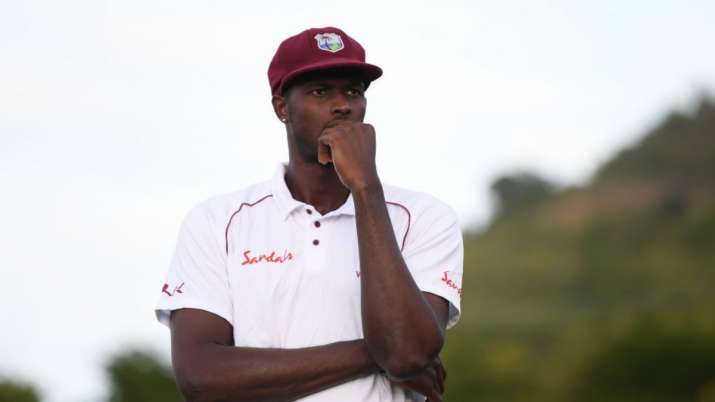 Southampton: West Indies captain Jason Holder says both his team and England putting up a united front to show support for the ‘Black Lives Matter’ campaign before the start of the first Test meant the “world to him” and he felt Michael Holding’s powerful speech on racism “in his veins”.

Both teams took the knee for 30 seconds in solidarity with the BLM movement before the start of play on Wednesday.

“I happened to be on social media last night, and I saw a few Aussies posting the same pic of everyone on the knee, and it just shows the cricket world is actually unified. But I think we could come a lot closer, we could do a lot more for cricket in general.”

Holder led from the front on day two, taking a career-best 6 for 42 to put his team his in a good position.

With the rain delaying the start of play on Wednesday, Holder’s powerful address on racism went viral on social media and moved the entire cricketing fraternity.

The West Indies great said racism would not stop until the entire human race is educated on the subject. He said achievements of blacks have been deliberately omitted from the education system and the race has been dehumanised over several years.

“I must say, I saw the interview with Mikey yesterday, and I felt in my veins, to be honest. To me it was powerful, I think he hit the nail on the head, he was spot on,” said Holder.

“For me it’s more of an education. Guys need to make themselves aware of what’s in front of us. There’s a bigger picture sometimes in sport, but in the grand scheme of things, I just think we just need to be aware, we need to educate ourselves, and we need to have a level playing field for everyone.”

Holding was listening to Holder’s interview and responded by saying that “I don’t think you need to thank me, Jason. I think you guys need to just take the baton and keep on running with it.”