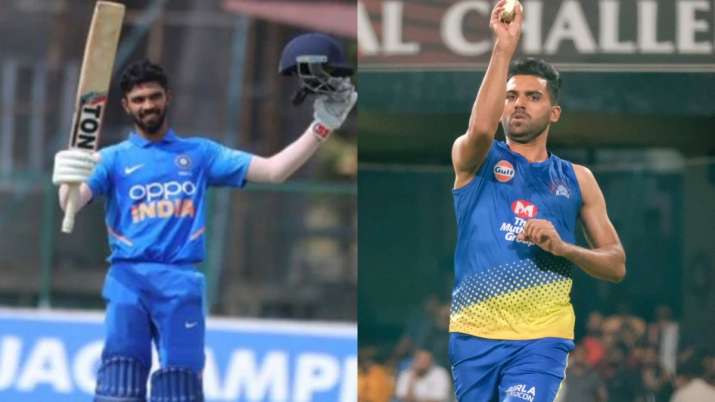 According to India Today, Gaikwad will now be self-isolating for 14 days, as per the IPL quarantine protocols for those who are infected with the virus.

The Board of Control for Cricket in India (BCCI) has confirmed that two cricketers are among 13 personnel who have tested positive for COVID-19.

“13 personnel have tested +ve, 2 of them are players. A total of 1988 RT-PCR Tests have been conducted between Aug 20-28. All affected personnel & their close contacts are asymptomatic and have been isolated,” the BCCI tweeted.

The team was supposed to start their training for IPL 2020 on Friday having completed the mandatory six days of quarantine.

10 members of #CSK (including an India player) found #COVID19 positive. Wish them all a speedy recovery but it does serve as a significant reminder of the times we are living in. The sanctity of the Bio-secure bubble can never be overstated. #IPL

The members tested positive during their compulsory COVID-19 testing in Dubai as part of the BCCI SOP.

“The Board of Control for Cricket in India (BCCI) has put in place stringent health and safety protocols for the Dream11 Indian Premier League 2020 Season, which is scheduled to start from September 19th in the UAE.

“Accordingly, upon landing in the UAE, all the participants have followed a mandatory testing and quarantine programme. Total of 1,988 RT-PCR COVID tests were carried out between August 20th – 28th across all participant groups in the UAE. These groups include Players, Support Staff, Team Management, BCCI Staff, IPL Operational team, Hotel and ground transport Staff,” the BCCI said in a statement.

Owing to the results, CSK have gone into an extended quarantine period.

The team landed in Dubai on August 21 and upon completion of the mandatory six-day quarantine, were supposed to start training from Friday (August 28).

However, with the new development, they have extended their quarantine period and will only begin training from September 1.

Some of the teams have already started training while the others are set to begin soon, with the exception of CSK.

The Super Kings, before their arrival in the UAE, had held a five-day training camp in Chennai.