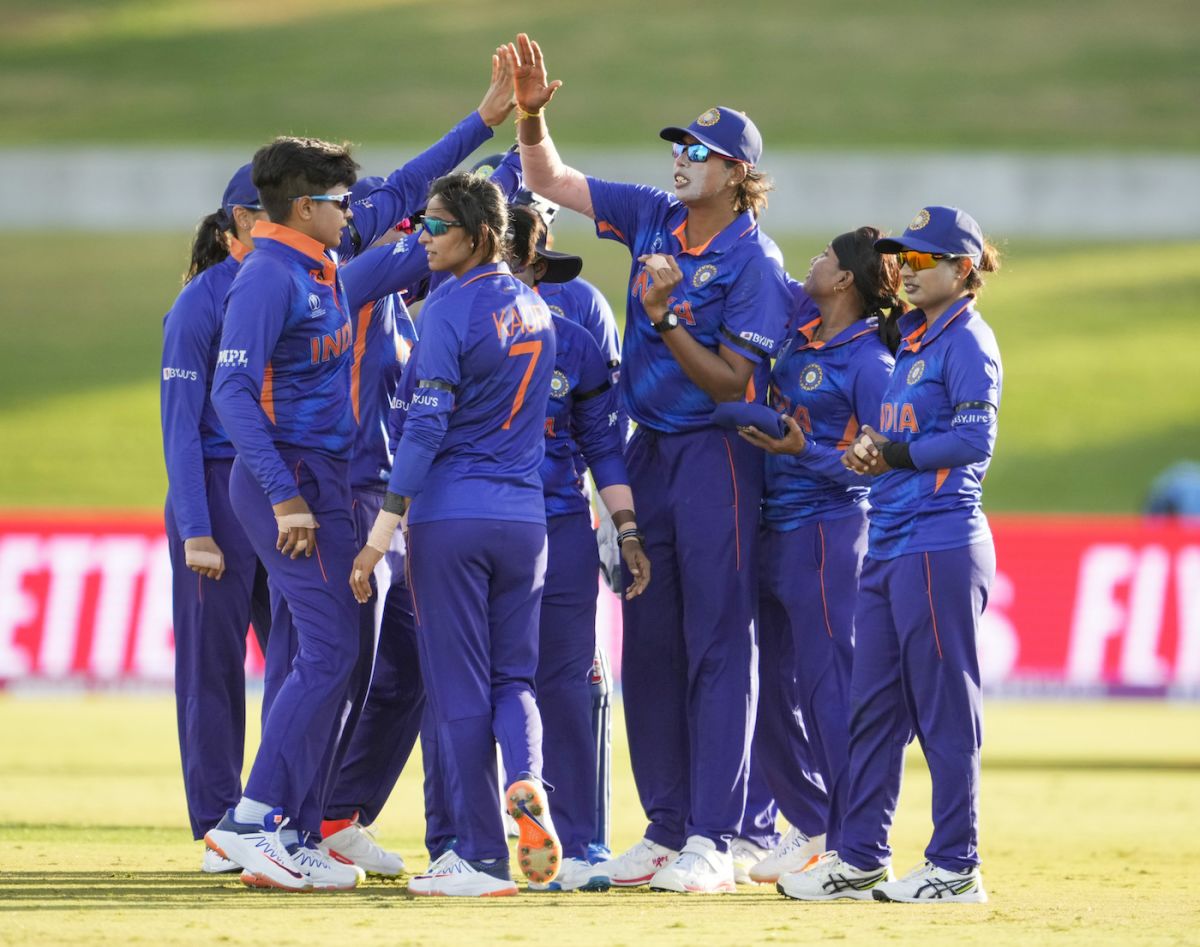 If one has a close look at India’s up-and-down campaign in the ICC Women’s Cricket World Cup, there seems to be a pattern which has come up. The top-order hasn’t been scoring runs and often, India have been guilty of losing wickets in a cluster, a phenomenon which has been happening in the showpiece event consistently.

A day before losing by four wickets to England on Wednesday, vice-captain Harmanpreet Kaur had mentioned about India being wary of losing wickets in a cluster. “Sometimes, we are losing back-to-back wickets and if we can work on that… otherwise, things are the way we want them.”

In this campaign, the wobbles have made constant appearances.

Against Pakistan, they were 114/6 before Sneh Rana and Pooja Vastrakar saved the day. When facing New Zealand, they were 95/5 and eventually lost by 62 runs. Against West Indies, India were 78/3 before Harmanpreet and Smriti Mandhana slammed centuries for an emphatic win.

In Wednesday’s match, India was tottering at 86/7 and were bowled out for 134.

“There are no solutions like that (for batting collapses). There is a process. Some days, top-order will work, some days middle-order won’t work. In bowling also, one day bowlers will not bowl well, some other will come and support. That’s the way this game has been played. Everyday we try to address certain issues. We will definitely solve and come back stronger in the next game,” were veteran pacer Jhulan Goswami’s assuring words after the match.

But what has been a glaring issue in the Indian top-order collapses have been the lack of runs from Mithali Raj and Deepti Sharma. Sharma has made scores of 40, 5, 15 and 0 in four matches, twice at No. 3 before moving to No. 4 in the last two games.

Mithali, the highest run-getter in ODIs, in particular, has been off-colour in the World Cup. Before the mega event, Raj had scores of 59, 66 not out, 23, 30 and 54 not out in the bilateral series against New Zealand. But in the ongoing mega event, she’s registered scores of 9, 31, 5 and 1.

Moreover, after batting at No. 4 in the first two matches, Mithali moved up to No. 3, primarily as a move to break the monotony of three left-handed top-order batters and take time to get a big total. But none of that has happened yet.

It seems that Mithali hasn’t got the start she needed and, in search of getting a springboard or release shot to get going, she’s consuming a lot of dot balls, hasn’t rotated the strike much and therefore, is yet to find her groove.

“I don’t think it’s a concern. Who is batting at number three? It’s Mithali Raj, she is just one big knock away from a start. In the past series also, she was batting fantastically against New Zealand and is just one big knock away in this tournament. I don’t think we have issues. I think Deepti also did a pretty decent job and at number five, Harman is playing. So, I don’t think we have an issue. It’s just one bad day that we as a batting unit couldn’t perform well,” insisted Goswami.

The lack of runs from the top-order and wickets falling in a heap meant that Harmanpreet and Smriti Mandhana have been shouldering the majority of batting runs. The duo’s stunning centuries against the West Indies covered up for India’s batting flaws at Hamilton but when the duo tried to replicate the same act against England at Bay Oval, it just didn’t happen.

Though Richa Ghosh and Goswami herself hit some big shots, a meagre total of 134 was the result of top-order failure.

“Honestly speaking, yes, at this moment, the top-order hasn’t fired the way we had thought. But I am sure we will be very positive about that because they have done really well in the past. I am very much hopeful they will come back hard in the next game because everyone wants to do well and no one will get a bigger platform than this,” stated Goswami.

With six-time champions Australia coming up on Saturday followed by Bangladesh and South Africa in the coming week, India have just three days in hand to sort out their top-order conundrum as well as losing wickets in a cluster.

As the race for the semifinals of the World Cup intensifies, India will be mindful of avoiding their all-familiar frailties with the bat.