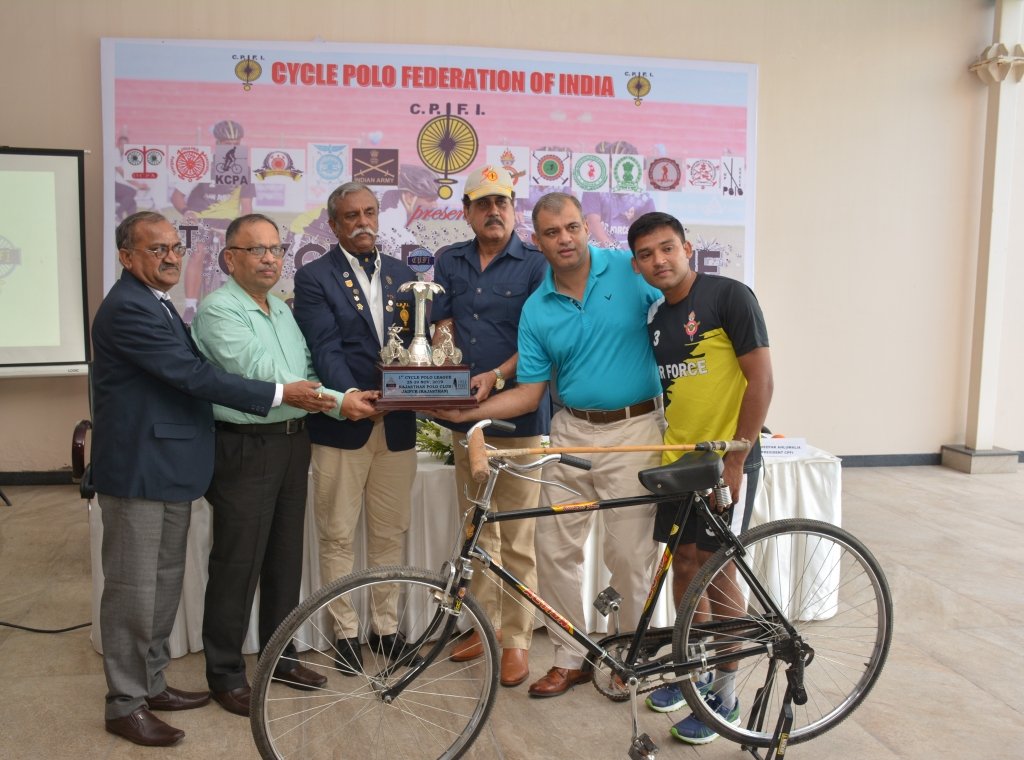 Diginitariea at the launch of the Cycle Polo League.

New Delhi: Cycle Polo Federation of India launched its first ever league in the country here on Saturday. The Cycle Polo League (CPL) is expected boost the traditional sport of India, which is being played since the early 1900s.

The inaugural league is aimed to bring the game of Cycle Polo to the forefront and make it a mass sport, which will be played between November 25 – 29, 2019 at the Rajasthan Polo Club in Jaipur.

Foreign players from France, England, Malaysia and Ireland will take part in CPL.

Speaking on the launch of CPL, Indian Cycle Polo team’s captain Assarudeen Sha, shared “First of all, Cycle Polo is a traditional sport in India and we are expecting that, Cycle Polo must reach to every household of India. I hail from Kerala and I have been playing the sport from my childhood days and I want that game must get bigger and better”, he told Sports Lounge.

Cycle Polo Federation of India’s group captain and vice president, development, Deepak Ahluwalia, stated “Cycle Polo has been winning India many accolades but has always been a game less known to the masses.

“We have been trying to work out the proceedings for a full-fledged league system since long and now finally we can give the game something which was the need of the hour. I hope the league not only helps the players but also brings more awareness about the game and its skills amongst the people in the country.”

“Initially, CPL will be played in Jaipur, but we have certain plans to organise in some other of parts of nation too”, he said.

In 1908 Cycle Polo was included as a demonstration sport in the first Olympic Games held in London (UK).

Cycle Polo in India came as an off shoot of the horse polo as during summer months Royal families of Jaipur, Jodhpur, Baria, Kapurthala, Cooch Behar, Patiala as well as Defence Polo players practiced cycle polo to keep themselves fit and agile.