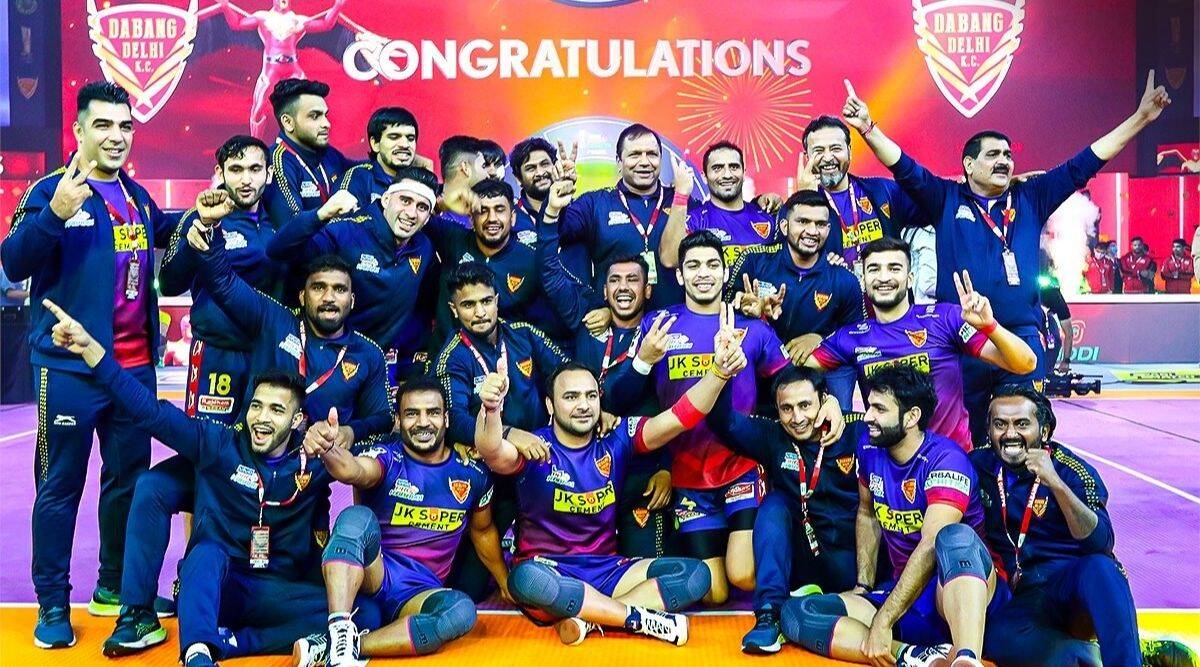 Patna had an uncharacteristically poor night in the defence with the likes of Mohammadreza Shadloui and Sunil committing far too many errors.

The Pirates, however, had a chance to level the scores in the final move of the match, but Naveen evaded the defenders to cross the baulk line and win Delhi their first VIVO PKL trophy.

The match had a high intensity start with both sets of raiders picking up points. The defences opted for a cautious approach and conceded easy Bonus Points. Sachin’s pace caused troubles in the Delhi defence while the Patna defenders stayed away from tackles on Delhi’s Naveen Kumar.

Mohammadreza Shadloui clinched the first successful tackle in the seventh minute and sent Naveen Kumar to the dugout. That helped Patna get a man advantage on the mat and they converted it into an ALL OUT by the 11th minute.

Delhi matched Patna blow for blow but Sachin’s clever raids helped the Pirates evade an ALL OUT.

Both left corners — Delhi’s Joginder Narwal and Patna’s Shadloui — made uncanny errors. It became a cagey affair in the final minutes of the first half with both teams not wanting to make mistakes. The scores were 17-15 at the interval with Patna in the lead. Both the teams had just two successful tackles each in the first half.

Naveen and Sachin opened the second half with successful raids. But Delhi’s experienced defence ensured they inched closer to inflicting an ALL OUT in the early minutes.

But raider Guman Singh clinched a two-point raid in the sixth minute after the break to help Patna, who had their backs against the wall.

Shadloui then backed it up with a tackle on Naveen Kumar. Patna thought they had changed the balance of the match but Delhi’s all-rounder Vijay secured a three-point Super Raid to sustain the pressure.

The scores were level at 24-24 with 10 minutes remaining in the final.

Naveen clinched his Super 10 immediately after the first time out.

Delhi continued to dominate the mat and inflicted an ALL OUT with six minutes remaining to open a two-point lead.

Vijay followed it up with a two-point raid for Delhi as they sensed an opportunity to take the match completely away from Patna.

Patna’s defence, especially Shadloui, was having an unusually poor night and the team conceded another three-point Super Raid with three minutes left in the match. The all-rounder picked his Super 10 in the process.

Shadloui turned raider in the final minutes to pick up points to make it a one-point match in the last raid of the match. But Naveen kept calm and crossed the baulk line to clinch the match for Dabang Delhi K C.