Dale Steyn pulls out of IPL 2021, taking break from cricket 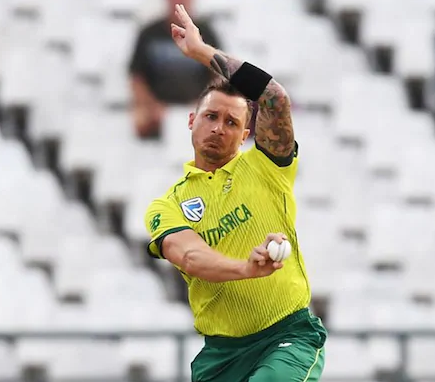 Johannesburg: Veteran South Africa fast bowler Dale Steyn on Saturday said that he is taking a break from cricket and made himself unavailable for the 2021 Indian Premier League (IPL).

Steyn, 37, clarified in two tweets that he is not announcing his retirement from the sport.

Steyn played for Royal Challengers Bangalore (RCB) in the 2020 IPL.

“Cricket tweet… Just a short message to let everyone know that I’ve made myself unavailable for RCB at this years IPL, I’m also not planning on playing for another team, just taking some time off during that period. Thank you to RCB for understanding. No I’m not retired,” said Steyn in his first tweet.

“I will be playing in other leagues, nicely spaced out to give myself an opportunity to do something’s I’ve been excited about as well as continue to play the game I love so much. NO, I’m NOT retired. Here’s to a great 2021 (sic.),” Steyn said in his second tweet.

Steyn played just three matches for RCB last season and could pick only one wicket. He retired from Test cricket in August 2019 but remains active in limited overs cricket, expressing interest to play in the T20 World Cup for South Africa. He had said in February last year that he would reassess his future in the sport after the World Cup but the tournament itself was postponed due to the coronavirus pandemic.

Considered one of the greatest fast bowlers of all time, Steyn is the all-time highest wicket taker for South Africa in Test cricket with 439 wickets.