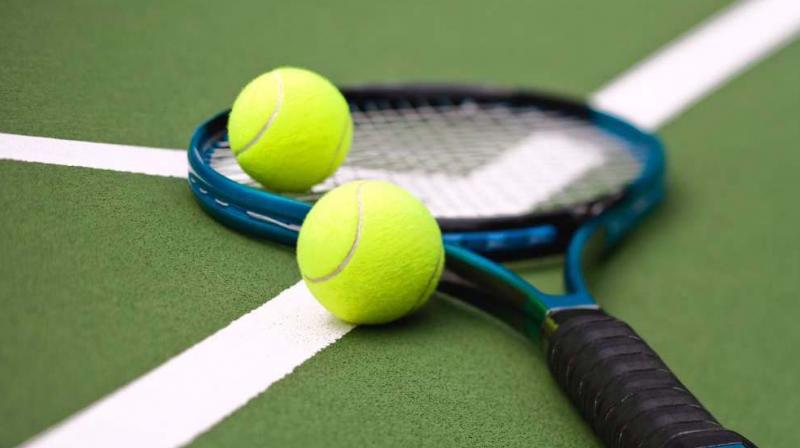 New Delhi: Former champion Dalwinder Singh remained in hunt for his second national title with a hard-earned win in the men’s singles while Jagmeet Kaur scored an upset victory over Bhuvna Kalva to make the women’s singles semi-finals at the Fenesta Open.

Sixth seed Dalwinder, who won the hard court championship in 2017, prevailed 7-6(4) 7-5 against a fighting Ishaque Eqbal in the quarterfinals at the DLTA Complex.

The Punjab lad will now clash with top seed Nikki Poonacha, who outgunned Prajval Dev in the other quarter-final.

“Today’s match was good. Tomorrow I am playing a former champion. It will be interesting since he is an aggressive player,” said Nikki.

From the bottom half, second seed Aryan Goveas and Kunal Anand set up the second semifinal after winning their respective matches.

“We played a really long match today and I knew he was very strong. The conditions were very tough though, with the weather being so hot and humid. But I’m happy with the way I played, that I pulled through. I’m looking forward to a good match tomorrow,” said Goveas.

In the women’s singles, top seed Sowjanya Baviseti stayed on course for the title with a 6-2 6-2 win over Salsa Aher.

“I am really happy to pull through today’s quarter finals, it was challenging in this weather and I am excited to play the semis tomorrow,” said Sowjanya.

However, it was curtains for Kalva, who was ousted by Jagmeet with a 6-4 6-2 win.

Prerna Bhambri reached the last-four with a 6-2 7-5 win over Shreya Tatavarthy.

But it was rather easy for third seed Vaidehi Chaudhari, who outplayed Sravya Shivani 6-1 6-1.