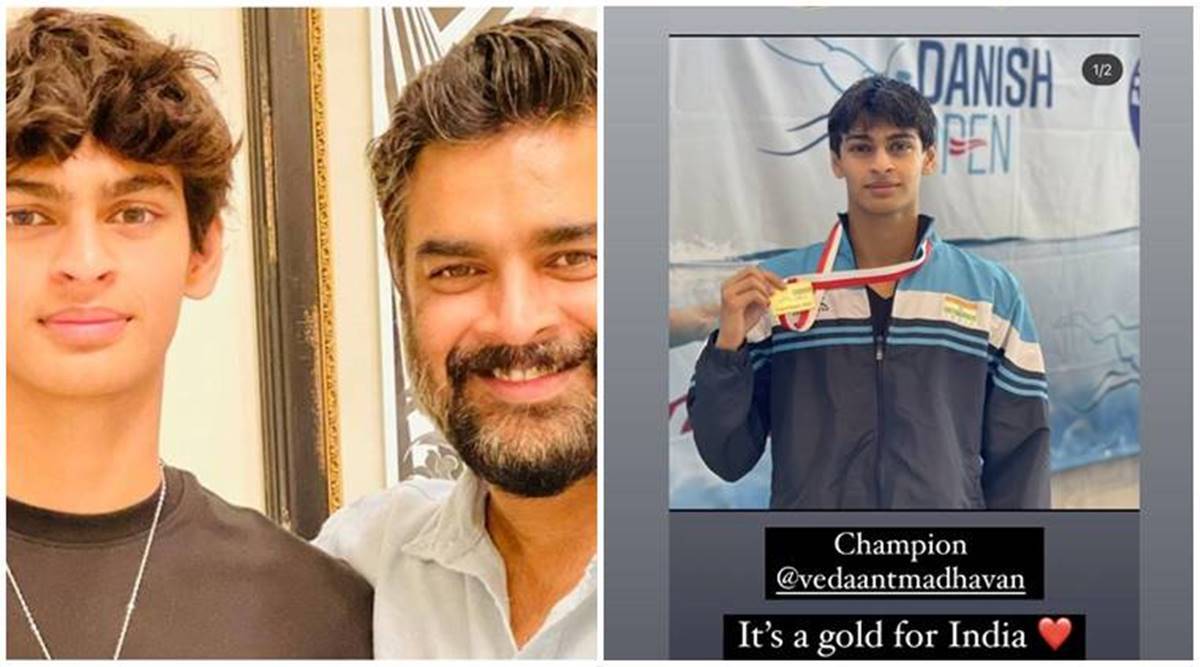 Continuing his splendid run, fast-rising Indian swimmer Vedaant Madhavan added a second medal to his kitty, a gold in the men’s 800m freestyle at the Danish Open in Copenhagen.

The 16-year-old bettered his personal best time by a whopping 11:48 to stop the clock at 8:17.28, edging past local swimmer Alexander L Bjorn by 0.10 to stand atop the podium on Sunday night.

While Vedaant’s performance was good enough to fetch him a gold at the meet, it is a long way from international standards. USA’s Robert Finke had won the gold at the Tokyo Olympics in the event last year with a timing of 7:41.87, while the world record for the event stands at 7:32.12.

However, Vedaant, son of Indian actor R Madhavan, has shown immense improvement. He has bettered his personal best times in all three events he has participated in in the ongoing meet.

He had won the silver medal in the 1500m freestyle event on Friday before bettering his 200m freestyle time to finish 12th overall in the event.

Ace Indian swimmer Sajan Prakash finished fifth in the ‘A’ final of the men’s 100m butterfly with a timing of 54.24, while Tanish George Mathew topped the ‘C’ final by stopping the clock at 56.44.

The top eight swimmers in the heats qualify for the ‘A’ final, the next eight for the ‘B’ followed by the ‘C’ final.

The 28-year-old Prakash, who is preparing for the Commonwealth Games and Asian Games, had won a gold in the 200m butterfly, his pet event, on the opening day.

India now has a haul of three medals in the ongoing meet including two golds and a silver.