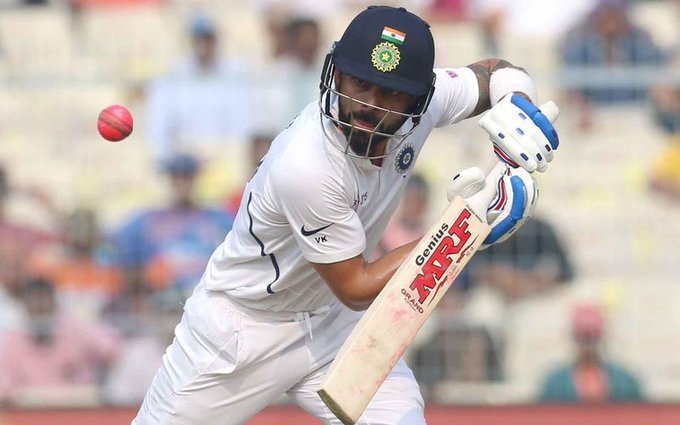 Kolkata: Virat Kohli brought up his 27th Test century and 70th overall on Day Two of the day-night Test between India and Bangladesh in Kolkata on Saturday.

The list is led by former South Africa captain Graeme Smith with 23 hundreds as captain in Tests.

He became the first Indian skipper to go past the 5000-run mark in the longest format of the game on Friday.

Pant, Gill to play in Mushtaq Ali after release from Indian Test squad