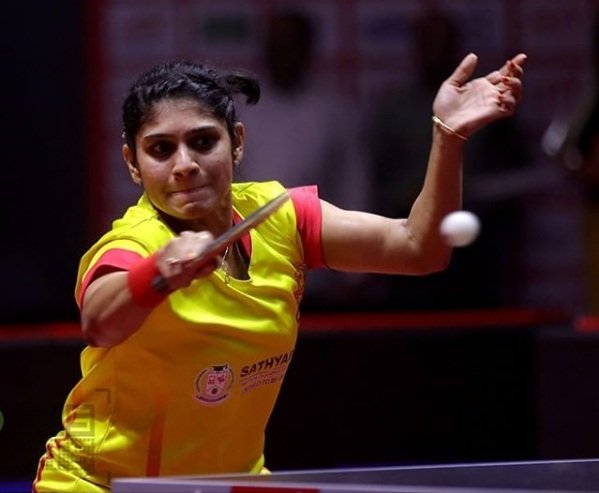 Patkar was impressive in her 3-0 victory over Mavericks Kolkata in a UTT group stage match, helping Chennai win the match 11-4.

While that was part of Chennai’s triumphant run in the campaign, Madhurika reckons her personal moment of glory was against Batra.

“During that match against Manika, I had some other energy, also during preparations before the match, I focused on enhancing top-spins and fore hands, which really worked during the game,” Maduhrika told Sports Lounge.

“And beating Manika 3-0, yes it was the highlight of performance in the whole tournament so far.”

The loss to Patkar stung Batra too. She expressed her disappointment over her performance and said, “Yes my performance is not as good as if compared to 2018 season.”

Patkar has been a consistent performer for the Lions this seasn, especially against some formidable players like  Puneri Paltan’s Sabine Winter.

Her performance against Goa Challengers’ Archana Kamath was equally noteworthy. The match went into the deciding third game.

Patkar led 10-6 and had four match points. Kamath rallied back and further and the match was decided via the golden point, where Patkar held her nerves to win.

When asked about her gains from UTT, the 32-year-old said, “Alongside the techniques and styles, I have learned that foreign players keep on competing till the last point and they are always  motivated to remain fit. Now I know how to keep my performance levels up under pressure.”

Talking about her future goals, Patkar said, “Initially my target is to play well at the Asian Championships in March, 2020. We will undergo a training camp in China to prepare for the tournament. I will also be preparing 2020 Tokyo Olympics and hope to maintain the momentum I have gained at UTT.”

Known for her backhand counter strokes, the World No. 132 acquired the reputation of a match finisher at UTT. She hopes her new found confidence will now be her latest weapon in addition to her enhanced skill and style.