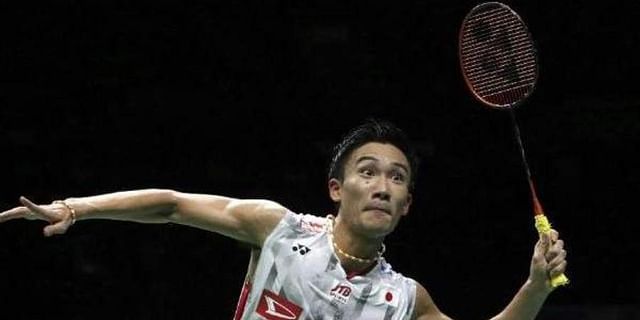 Two-time defending champion Kento Momota of Japan on Wednesday withdrew from the BWF World Championships beginning on Sunday after failing to recover from a back injury.

“BWF can confirm the unfortunate news that world No.2 and men’s singles defending champion Kento Momota has pulled out with injury,” the game’s world governing body said in a statement.

“Momota also withdrew from last week’s HSBC BWF World Tour Finals 2021 with a back issue and has returned to Japan.”

The 27-year-old Momota had pulled out of his group A opening match against India’s Lakshya Sen at the World Tour Finals in Bali, Indonesia after sustaining the back injury during training.

“I am so sorry to my fans to end up like this,” he had said.

Momota, who played six events since resumption of the BWF World Tour after COVID-19 pandemic break, had retired hurt during the French Open semifinals against compatriot Kanta Tsuneyama, thus conceding all his ranking points.

He had complained of being “very very tired” after losing in the Indonesia Open semifinals also.

“Malaysian seventh seeds Chan Peng Soon and Goh Liu Ying on Monday announced their split as a pair after 13 years and have too withdrawn from the World Championships,” the BWF said.

The World Championships will get underway on Sunday at Huelva, Spain.

“A majority of players have now arrived safely in Huelva and entered the tournament bubble.

Round one matches start 10 am local time on Sunday.

There are currently no plans to conduct any redraws,” the BWF said.