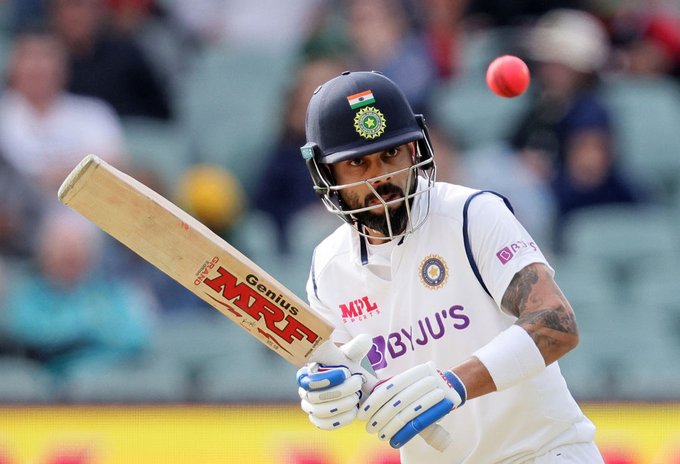 Ahmedabad: Stop the noise, tighten up that defence and get on with the game — a combative Indian skipper Virat Kohli said on Wednesday ahead of the fourth and final Test against England as he navigated persistent queries on the spin-friendly tracks in the country.

India annihilated England inside two days in the Pink-ball Test at Motera, days after the visitors crumbled on anther spin-assisting pitch in Chennai in the second Test.

England managed 112 and 81 in the Ahmedabad Test after scoring 134 and 164 in Chennai as Ravichandran Ashwin and Axar Patel tormented them in turns.

“There is always too much noise and too much conversation about spin tacks,” Kohli said at the pre-match press conference ahead of the fourth and final Test starting here on Thursday.

“I am sure if our media is in a space to contradict those views or present views which say that it is unfair to criticise only spin tracks, then it will be a balanced conversation.”

Kohli, at the end of the third Test, had blamed the batsmen’s technique for their failure on the Motera track.

“But the unfortunate bit is everyone plays along with that narrative (spinning tracks) and keeps making it news till the time it is relevant. And then a Test match happens, if you win on day 4 or 5, no one says anything but if it finishes in two days, everyone pounces on the same issue,” he said.

When asked what he thought were the skills required to survive on such challenging spin tracks, Kohli emphasised on having a solid defence, which, he believes, is not the strongest anymore thanks to shorter formats.

“Defence is imperative. Because of influence of white-ball cricket, Test cricket is witnessing consistent results but it is just a by-product in reference to batting that the defence part of the batting is being compromised,” he said.

“That grind of playing four-five sessions is not the focus these days and everybody wants to put on 300-350 runs on the board quickly. Probably people are not focussing on defence, they have to switch to other formats, so the game is fast paced.

“So definitely the skill is required and it’s not just the sweep shot. For me it’s defence. This aspect of batting has gone back a bit.”

Kohli cited one of India’s losses in New Zealand when the team struggled on a seaming pitch. He recalled how it was the batsmen’s technique, and not the track, that came in for scrutiny.

“We lost in New Zealand on day three in 36 overs. I am sure none of our people wrote about the pitch. It was how India played badly in New zealand.

“None of the pitches were criticised, no one came and saw how the pitch was doing, how much the ball was moving and how much grass was there on the pitch,” he said.

Kohli said his team has been successful over a period of time for adapting to conditions instead of complaining about them.

“The reason for our success is that we have not cribbed about any pitch we have played on and we will continue to play like that.

“We all need to be honest with ourselves what is the idea behind continuing this narrative and what purpose it serves people who keep continuing the conversation which is one-sided,” he said.

Now that the contest will be played with the red ball, he was asked if the pink ball made it tough for the batsmen, Kohli retorted with a firm no.

“I don’t understand why a ball or a pitch, all these things are brought into focus why don’t we focus on the fact that batsmen were not skilled enough to play on that pitch properly. It was bizarre display of batting by both the teams.

“…it’s not (because) of change in ball-colour. It’s still round, still weighs five-and-a-half ounce, so I don’t know what difference it makes suddenly. The surface was different in Chennai. This track (Motera) in general had more pace and that’s the result of the clay laid on the pitch.

“If you make just a ball or a pitch helping the bowler, the focus, then you are not really reading the game properly in my opinion. I don’t think the red ball is going to change that whatsoever.”

Kohli was also asked if it is good for the game, from a global fans’ perspective, to take undue advantage of home conditions.

“I would love if you ask this question to England, New Zealand and Australia. This question is irrelevant to me at this point of time.”

Another question thrown at him was what he thought of a Test match finishing inside two days.

“We play to win. People should cherish India’s win. Not every Test is finishing in two days. If team is playing bad only then it happens, we need to look at things objectively.”